Home / WORLD / The mess Merkel leaves behind could eventually lead to the collapse of the EU. Now that would be a legacy to be proud of

The mess Merkel leaves behind could eventually lead to the collapse of the EU. Now that would be a legacy to be proud of 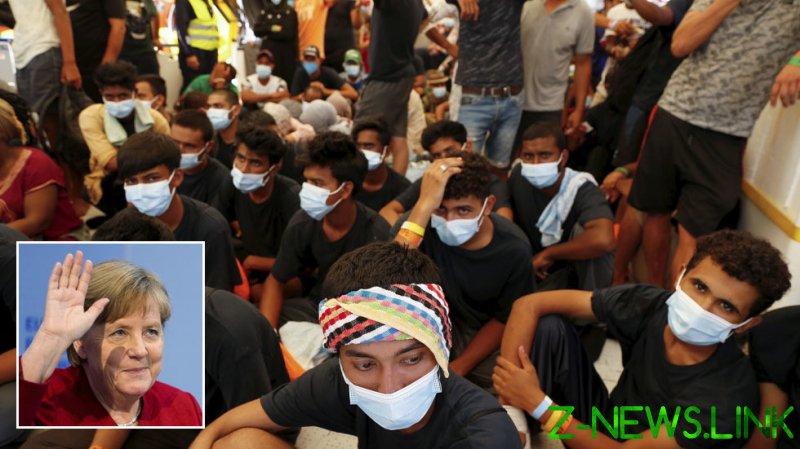 One thing is for certain, Germany will have a new chancellor next week. This is important, not only for Germany, but also for Europe, and, indeed, the world.

The German chancellor is not only the highest ranking politician in Germany – the president is largely ceremonial – it also comes with the title of being the most powerful politician in the European Union.

Indeed, when it comes to European politics, what the German chancellor wants, they almost always get. It has ever been so.

This means that the German chancellor has the ability to frame European policy, and what they decide or do has a knock-on effect for everybody else.

So, when Angela Merkel walks off into the political sunset next week, what legacy does she leave behind for the European Union?

Now before I reveal my own opinion, let me say that when a politician has been at the top for a long time – and in Merkel’s case, she has been chancellor since 2005 – there will be aspects of good and bad. After all, no one is perfect, and politicians do make mistakes.

However, my problem with Merkel is that the good is far outweighed by the bad; and boy she has made some catastrophic decisions that the continent will be forced to live with for evermore.

Her biggest and most lasting mistake was made in 2015 when she encouraged hordes of migrants to make their way from Africa and the Middle East to Europe. At the time, she announced “We can do this,” which basically amounted to an invitation to a gargantuan amount of refugees and economic migrants to try to get to Europe in the hope of a better life.

The immediate result was that more migrants decided to make their way from North Africa to European shores, and to achieve this, they had to cross the Mediterranean Sea. This created havoc in Greece, Italy, and other Mediterranean countries which bore the brunt of this biblical wave of migrants.

Then there was the health of the migrants themselves. Between 2015 and 2017, over 12,000 migrants lost their lives trying to make their way across the Mediterranean.

Now do you really think this would have been the case if Merkel had made it clear that Europe was not willing to accept everyone? I think we all know the answer.

In 2015 alone, 1.3 million migrants attempted to claim asylum in Europe. I am sure many of them were genuine refugees, but to suggest that all were is frankly for the birds.

Then came the problem of where to put these new arrivals. Germany took the most, and so it should have, as it was its chancellor who invited everyone in the first place. In 2015, some 500,000 migrants arrived in Germany and another 750,000 the following year.

But frankly, I have no sympathy for Germany, as it allowed Merkel to make these statements and then went on to re-elect her in 2017. I feel sorry for those countries which have suffered because of Merkel’s statements. And particularly those who had no choice because huge numbers of migrants were either landing on their shores or crossing their lands. I am talking about Italy, Greece, the Balkan states, and countries on the road westward, such as Hungary.

It is no surprise that political parties that are hostile to mass immigration are thriving in these countries nowadays. Take Italy for example, where Matteo Salvini’s anti-immigration Northern League is topping the polls.

And then we have countries like Hungary, which now have leaders who are determined not to repeat Merkel’s errors. Indeed, so scared are they by what happened in 2015-16 that earlier this week the Hungarians, Czechs, Slovenians, and Serbs all came together and held a Demographic Summit in Budapest, which was, in effect, a rejection of Merkelism.

Moreover, in the past few years, many of these countries have been erecting walls on their borders to ensure that the Merkel-inspired migrant crisis never happens again.

Hungary’s southern border fence is 325 miles (523 km) long and is guarded by 4,500 officers. The Greeks have also recently erected a fence along its Turkish border. And now there are reports that Serbia is building a barbed wire fence along its border.

And finally, we have the issue of safety. We know that jihadists used the migrant crisis created by Merkel’s statements to “slip in” to Europe, as the then French PM Manel Valls said in 2015.

Indeed, the ringleader of the terrorist attack at the Bataclan Theatre in Paris in November 2015 had exploited the chaos to get back into Europe, as did some of the Belgian-born Islamist terrorists who took part in the 2016 Brussels attack.

So, Frau Merkel, you’ve wreaked havoc over the past 16 years, and you’ve caused division between EU member states. The north and the south of Europe are as divided by economics as the east and west are by culture. And the outgoing German chancellor has had a hand in both.

In my opinion, the best thing that can be taken from Merkel’s legacy is that it could eventually lead to the collapse of the EU. Now that really would be a legacy to be proud of, whether it was intended or not.

Tags behind collapse could eventually leaves merkel would