The mercenaries in the Donbass forcibly confiscate Russian passports 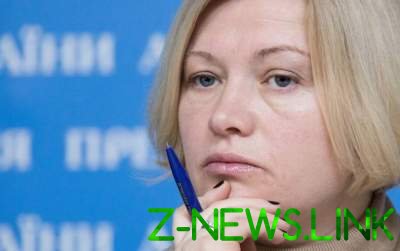 Irina Gerashchenko told about the next Russia’s attempts to hide “ihtamnet”.

In the occupied Donbas Russian mercenaries to forcibly confiscate Russian passports and military cards and issue “passports L/DNR”, said the MP, the representative of Ukraine in the Tripartite contact group Irina Gerashchenko.

“From sources that you trust, the information that Russian “ihtamnet”, which in the Donbass, in the compulsory nature at the time of execution of combat missions, confiscate Russian passports and military cards and hand the papers “citizens of the L/DRN” she said on his page on Facebook.

According to Gerashchenko, the replacement of the documents associated with attempts to conceal the participation of Russian military personnel in the fighting in the Donbass.

She also noted that representatives of ORLO sounded a proposal to the coordinator of the OSCE during his visit in the occupied territory of the Luhansk region met with the Russian citizens, who allegedly have long live in Lugansk and I got a “passport LPR”.