The media learned about the violations in the production of Molotov 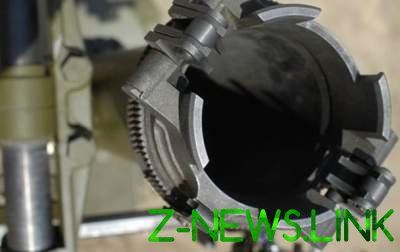 The military Prosecutor’s office is investigating the negligence of officials of the Ministry of defense, whose actions led to the loss of UAH 7.2 million.

The negligent attitude of the officials of the Ministry of defence with control over the supply of mortars Hammer led to losses in the amount of UAH 7.2 million. This is stated in the article in Ukrainska Pravda, published on Thursday, March 14.

It is noted that in the judgment of 21 December 2018 provides information to investigators, according to which between the defense Ministry and Plant a beacon, which is part of the concern Ukroboronprom, the contract was signed for the supply of 120-mm mortars М120-15 Hammer value of 483 thousand UAH per unit.

At the time of delivery in the unit А4559 (SMT. Orzhiv, Rivne region) in part of the mortar was identified technical shortcomings, and the part during the brief period of operation has failed. “The results of an inspection of the installed structural shortcomings that are incompatible with further use of mortars”, – concluded the Prosecutor.

It is reported that the monitoring of implementation PJSC Plant of Mayak conditions of the state contract was carried out by officials 5277 military representation of the Ministry of defense, who casually reacted to their official duties to control the delivery of products, resulting in the state suffered a loss of $ 7.2 million UAH.

As found out a consequence, the factory beacon does not have the equipment and capacity to manufacture all components of the mechanisms of mortars. Therefore, the lighthouse has purchased various parts for mortar in numerous private providers. Half of the components of the mortar supplied starokramatorsky JSC machine-building plant, which belongs to the former regional Maxim Efimov. Now MP is part of the faction Block Petro Poroshenko.

See also:  US drone conducted a 10-hour reconnaissance in the Donbas

In parallel, the court starokramatorsky engineering plant is trying to recover from the factory two lighthouse the debt for the supply of mortars in the amount of UAH 1.7 million and 2.04 million.

It is also reported that interrogated as a witness the Deputy chief of Department of logistics and cooperation announced that the three payments more than 76 million UAH, JSC Zavod Mayak “80% of the cost of 2 concluded with OJSC machine-building plant starokramatorsky contracts, contrary to the established order memo with the invoice to the Finance Department of the plant was not made by the company management for approval did not visualise.