Home / business / The media learned about the third son of Yanukovych

The media learned about the third son of Yanukovych 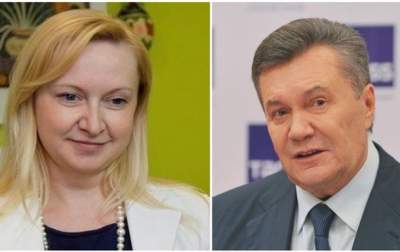 Civic ex-President’s wife Lyubov Polezhay bore him a son in 2014.

Former Ukrainian President Viktor Yanukovych has a three year old son, the newspaper claims the Country with reference to the environment of Yanukovych.

According to the publication, the civil wife Lyubov Polezhay gave birth in Russia in 2014.

The publication suggests that Polezhay left Ukraine after the events on Maidan, when he was already about to give birth.

We will remind, in February of the current year Yanukovych in an interview with Der Spiegel said that he divorced his wife Ludmila, with whom he lived in marriage about 45 years. In the same interview he confirmed that he lived in informal marriage with the sister of his ex-cook – Love Polezhay.

Have Polezhay (nee Sadykova) has a daughter Mary from his first marriage. The girl and her mother lived in Ukraine and then moved to Rostov.

Yanukovych from his marriage to first wife had two sons: Oleksandr and Viktor. Viktor Yanukovych Jr. died in 2015 during the ice racing on the lake.