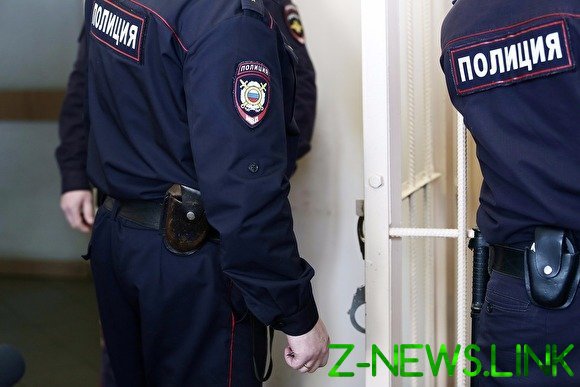 “By conservative estimates, a family of operative owns the land for the sum about 70 million roubles”

The Baza project and Transparency International Russia conducted a joint investigation, which found that the chief of Department on control over drug trafficking of UVD po ZAO GU MVD of Russia in Moscow Andrey Serov involved in the investigation of the case against journalist Ivan Golunova, owns numerous plots of land, the cost of which according to conservative estimates can reach 70 million rubles. In addition, as found Baza and Transparency International Russia, the enforcer has two expensive cars.

In March, 2019 on the website of “Radio Liberty” appeared a report, which talked about how a zero Shirov, as Deputy chief orch-3 SOCA ZAO Moscow, fought with the mafia and could take part in the fabrication of criminal cases. About it journalists were told by the police informant by the name of Khmeleva, which, according to her, was in the colony for the fabrication of one of these criminal cases.

According to Hop, Shirov together with his colleague came to Moscow with 170 kilograms of heroin, for which he was detained by officers of Gosnarkokontrol, but the case has not been prosecuted. Baza and Transparency International Russia, noted that this information could not be verified, however, if at least part of the story is true, then the officer must be a lot of money.

See also:  At the airport of Khabarovsk has found an unusual cargo

According to EGRUL Colonel Serov holds the position of Chairman of the Board SNT “Alloy-2”. The very garden Association is under Naro-Fominsk, in the village of Zhikhar. In total, the Schirova and his mother in the CHT was at least nine plots of land (two of which are not registered in cadastre). On these plots there are three capital construction object (two of them are not registered in cadastre). The total land area of about one hectare. Land acquisition has been happening for the last ten years. The land purchased in 2018.

The cost of land is around 20-30 million. Land plots and real estate objects decorated by the Colonel and members of his family: father — Alexander Schirova, mother — Mirovo Natalia.

In addition to Naro-Fominsk district, the Colonel also buys land in Mozhaisk district. Managed to find 0.8 hectares in the village of Troparevo-owned Serovu. On the river Protva Colonel bought at least about 0.8 hectares with several properties. Part real estate and part of land plots are not registered in cadastre, the area of actual possession of the property may be much more.

See also:  Lyashko told about an important meeting with Poroshenko

The total value of land in Troparevo approximately 20-30 million. In this case, the ground decorated by the Colonel Schirova. Also Sirovich more land next to the cottage village in the village Gorchakovo, SPK Dubrava. It costs about 10 million rubles.

According to conservative estimates, a family of operative owns the land amounting to 70 million rubles.

In addition to real estate Sirovich there is a small fleet. The wrestler with drug trafficking moves on Ford Maverick XLT cost 400-500 thousand roubles, and also has a trailer to transport the boat.

the Volvo XC90 SUV, the cost of which may reach 3-4 million. This amount Shirou could make in 3-4 years of work saving every month his salary entirely.

Parking spaces paid by the person from the phone address book scored as Andrew Shirov.