Home / WORLD / The media either portrays immigration as innately good or intrinsically bad, but the reality is far more complicated

The media either portrays immigration as innately good or intrinsically bad, but the reality is far more complicated 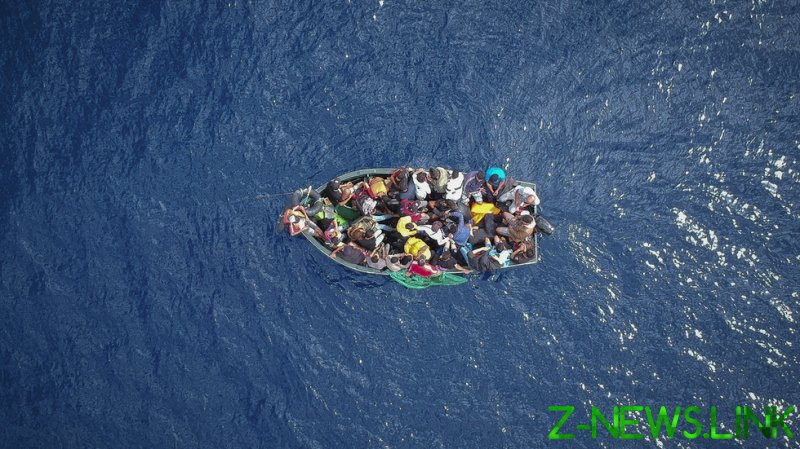 The immigration debate is controversial, but it’s indisputably one of the most important topics in politics. Over the course of 2021, we have witnessed a huge number of illegal crossings over the English Channel, with many desperate refugees taking dangerous trips across the sea to reach the UK.

Europe has witnessed waves of migrant crises throughout the last decade, such as the one in Syria, which led to the devastating image of a small child’s body washed up on a Turkish beach. The whole world saw this picture, which continues to haunt us today.

At present, more than 200 million people are living outside of their country of birth, and this number is set to rapidly grow.

Some of the European right portrays mass migration as a fundamental reason for the decline of Western civilisation, with tabloids often infamously demonizing migrants, using fear and propaganda to sell their narrative.

The left, on the other hand, who are favourable to mass illegal migration, believe in a borderless utopia. In a bid to elevate ‘other-ness’, they base much of their worldview on moralising the issue due to feeling guilt and shame over centuries of colonialism.

To me, both worldviews are reductionist, simplistic, and answer no questions about the discourse around mass and illegal immigration; in fact, they both are problematic.

I studied international relations during my undergraduate degree because I was fascinated with how the world works, and went on to take courses in international politics and foreign affairs.

It was not until I was introduced to the concept of ‘globalisation’ that I realised the world as we know it is more interconnected and intertwined than it ever has been in history.

Globalisation is by definition the interconnectedness of economic, social, and cultural sectors all over the world.

In the 1990s, globalisation and internationalisation both became key features in our international system, with countries opening up their borders to trade, travel, business, and diplomatic affairs as a whole.

“We are living in an era of tremendous globalisation, and governments don’t even know how to fully control this,” academics at university once told me.

Globalisation, at its core, begets openness and free movement, therefore it was obvious that the dynamics of international migration in this era would become intrinsically linked with each other.

However, this fact is somewhat overlooked as our country’s social, cultural, and economic interests become more intertwined with other nations. Even more so is that interventionist foreign policy has been the core reason for such large-scale movements.

Today, increased migration is one of the most visible and fundamental aspects of globalisation: a staggering number of people take dangerous and illegal trips across our borders to wealthy nations, looking for better employment opportunities or to escape war and persecution.

Globalisation has enriched a certain demographic, but it has created a socio-economic disparity among some states, which leads to poverty, terrorism, and corruption.

The crisis of mass illegal migration under a globalised era has been unprecedented, therefore it should be acknowledged that poverty, terrorism and refugees have been the unfortunate and dark outcomes of this.

Those who have lost out on the prosperity and success of this process due to these reasons are left with an incentive to seek better opportunities, where there are higher standards of living and safety with a functional bureaucracy.

Ultimately, this emboldens illegal and mass immigration, and it raises important issues, such as the changes communities will feel due to the drastic increase in population over the past 20 years. Policies made by governments affect our everyday lives, and how mass immigration affects us is no different.

Social cohesion, for example, is a major concern due to mass migration taking place over a short period of time. Disagreements between different religions and cultures lead to one of the significant questions of our time: what are the effects of the rapid growth of minority groups amongst the culture of a majority traditional society such as the UK?

Prof. Kaufmann, an expert in migration and professor of politics at Birkbeck College, discussed the impact of immigration on British society in an interview with New Culture Forum, saying that “there is a good and sound argument for slowing down the rates of migration now,” because the processes and mechanisms of integration and assimilation for immigrant communities take a long time to happen.

For example, in the UK, group identity and identity politics within ethnic minorities – and most importantly, a polarised, white, cultural liberal left – have led to a “new cultural shift” within Britain. Movements such as BLM and critical race theory, according to Prof. Kaufmann, are often useful resources to elevate ‘other-ness’ whilst downgrading and even attacking the national identity of a country.

This ultimately raises some important concerns for the future of British society: how will it preserve its national identity and culture amidst this cultural shift? Ultimately, the debate on immigration lacks this understanding of identity and psychology, both of which are key to understanding human beings a whole.

The migration crisis in Europe has accelerated because its governments and people have had nothing but empathy for millions refugees and migrants seeking a better standard of life – and this is a good thing, as people in desperate need of help, should be able to find refuge.

However, uncontrolled mass migration over a short period of time, without consequences, is a fantasy and it impacts everyone – including immigrants themselves.

For these reasons, mass migration is usually seen as a challenging issue by policy makers and migration experts.

However, mass immigration does contribute to immense economic development, which is the most valuable aspect of globalisation. This means a supply of low cost labour for host countries, which leads to a larger economy and stronger economic growth under an open system of trade.

Migrants in Europe have accounted for 70% of the increase in the workforce in ten years, according to a report by the OECD.

This immense benefit is a desire for some governments to be favourable for more mass migration, due to their quest for larger, perpetual economic growth under a global, open system.

International economic and financial organizations are under constant pressure to conduct as much trade as possible with wealthy, prosperous nations for the purpose of capital.

Immigration will be one of the most important political stories of our history, and only time will tell what the future holds. If you want my prediction, allowing it to continue at current levels is a recipe for disaster, although apparently I’m not ‘allowed’ to think that because I’m brown…alas it appears the pro-immigration crowd’s ‘tolerance’ does have its limits after all.