The mayor of Kherson established billboards with an oath to Hitler 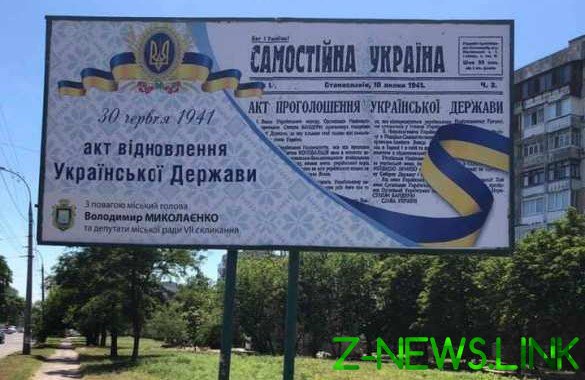 In Kherson there were billboards with congratulations of the citizens on the occasion of the anniversary of the adoption in 1941 in Lviv Organization of Ukrainian nationalists (OUN) of the “Act of proclamation of Ukrainian state”.

Billboards provided that they are placed under the auspices of the mayor of Kherson Vladimir mikolaenko.

Meanwhile, social media users are reminded that in paragraph 3 of the said Act from 30.06.1941 G. stated that “the re-established Ukrainian State will work closely with National Socialist great Germany, which under leadership of Adolf Hitler creates a new order in Europe and the world and helping the Ukrainian people to free themselves from the Moscow occupation”.