Home / WORLD / The madness of radical trans activism: Shops sell knitted penises for girls of 3 to wear in their pants so they can look like boys

The madness of radical trans activism: Shops sell knitted penises for girls of 3 to wear in their pants so they can look like boys 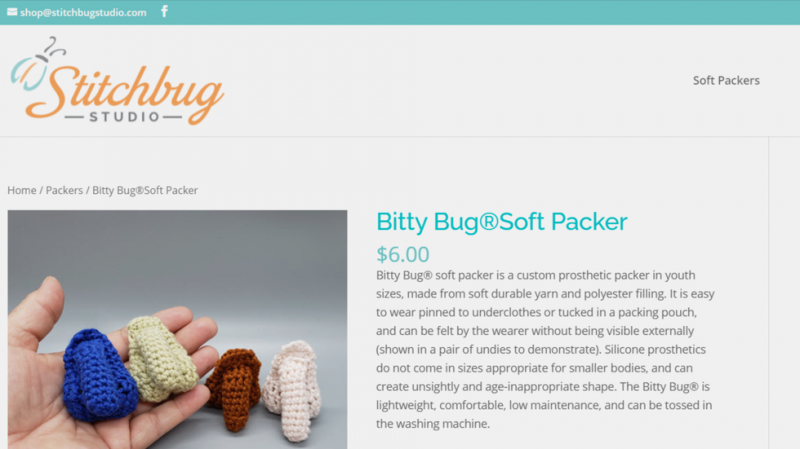 Referrals of children to gender identity clinics have surged in recent years. The impact on teenage girls is well documented, but there is no lower age limit.

Last week, parents Matthew and Klara announced on British TV that their daughter came out as transgender aged two, apparently telling the family, “I’m not a girl, I think I am a boy”.

They are not alone. In 2018- 2019, the Gender Identity Development Service – NHS England’s national service aimed at under 18s – reported 31 referrals of children aged five and under.

What must go through the minds of parents who diagnose their children as transsexual and set in motion the ball of cross-sex identification, with potential mutilation and sterilisation down the line?

What it means for a two-year-old to be transsexual – the legally defined term for someone who identifies as the opposite sex – is unclear, but a whole industry has opened up to cater to their needs. Or perhaps their parents’ needs?

TransKids – according to its website – is a space dedicated to providing young folks with “books and resources.” While pre-pubescent girls may have no need for the chest binder on sale, the “Tuck Buddies” underwear is modelled on a very young boy who wants to be a girl. Transkids explains that “the inside ‘hiding’ layer is a few sizes smaller and not attached on the sides, only the front & back – so it offers a snug place for a kiddos package to be more contained.”

This company appears to be well established in peddling these disturbing garments, and worse. Four years ago, it came to the attention of the Daily Mirror with its “Teeny Tiny” silicone ‘packers’ for girls under the age of five, who believe they are boys. The attention to detail was sickening. Not only the range of colours, from “cashew” to “chocolate,” but the style – circumcised or uncircumcised. Who buys a fake silicone penis for their pre-school daughter, and why?

However, where there is a demand there will be people eager to sell into it. A social media storm erupted over the weekend when Canadian journalist Anna Slatz exposed a company selling knitted packers designed for very young children.

Stitchbug Studio is marketing its Bitty Bug soft packer for $6.00. According to the sales pitch, “Silicone prosthetics do not come in sizes appropriate for smaller bodies, and can create unsightly and age-inappropriate shape. The Bitty Bug is lightweight, comfortable, low maintenance, and can be tossed in the washing machine.”

Speaking to RT.com, Slatz said these items were indicative of everything that is wrong with contemporary gender ideology. “Children’s bodies have, unfortunately, become battlegrounds in the culture war,” she said. “Hormones, top surgeries, binders, puberty blockers, and now knitted penises – all offered in the name of alleviating some distress a child has about their body. Nobody is allowed to question the origin of this distress, or propose an alternative solution for it.”

This horrific situation arises, of course, from transgender ideology that demands we all have innate gender identity that alone determines whether we are men, women or members of some other category recently invented by the LGBTQ+ brigade.

This movement is getting further and further away from the rights of lesbians and gays. Meanwhile, transsexuals like me look in horror at what looks like a recruitment drive among the very young. This is far more than a craze.

Slatz added: “These prosthetics do nothing but uncritically reinforce a child’s physical self-hatred, the fact they are made for bodies so tiny the product was demonstrated on a teddy bear shows definitively that gender ideology has become irredeemable in its delusion.

“No toddler should have the physical awareness to have anxiety about their genitals, and if a toddler did – I can speak as someone with education in youth justice that the anxiety should absolutely trigger alarm bells in the heads of caretakers.”

Since Slatz’s tweet went viral – generating thousands of comments – the company appears to have engaged in a hasty damage limitation exercise. The teddy bear captured in Slatz’s tweet is gone and we are now told that the Bitty Bug is no longer intended for infants and toddlers, but for transgender youth. I don’t believe a word of that. I teach teenagers and the thought that youngsters of that age group would find any use for tiny knitted prosthetics is risible. Whatever Stitchbug might be trying to have us believe, the target group is preschool children, some perhaps still in diapers.

For children whose parents have been caught up by the evangelistic zeal of this movement, the future may be grim. Never mind the claims of “astonishingly high suicide and suicidal ideation rates” that the manufacturers of these tiny knitted penises repeat. Children need to be free to be children, not some project of their parents.

Children are victims of this ideology, and they are being irredeemably harmed. It is not good enough for politicians and policy-makers to sit on the fence and hope it goes away. This trans activist movement operates with a sense of entitlement and impunity. It needs to be stopped.

The consequences of those of us standing in its way are profound. Our reputations have been attacked and careers have been blighted. But we speak up because we care about children. Five-year-old girls do not need knitted prosthetics in their pants; if these images of inch-long knitted penises do not bring the world to its senses, what will?