Feast on those who since the childhood loves picture books. Especially dark books with dark images. The publishing house “AST” , his novel “the Lost gods” (Lost Gods) authored by American artist and novelist Gerald Brom, better known simply as Brom. This guy admits that she is obsessed with monsters, beauty and madness, i.e., our client.

Starting his career back in the eighties, Bromine, comic books, book illustrations, concept art for games and films (“DOOM 2”, “Sleepy hollow”), worked with nastolki, rolevok and advertising. In General, as a painter and decorator managed to light up wherever possible. And in the middle of zero Brom tried myself and as a writer, releasing a novel, “The Plucker”. Illustrations for him, of course, the author performed independently. Literary experiment has been quite successful, and Bromine left writing. “The lost gods” is his fifth novel.

Just released from prison Chet Moran is committed to a new life. With his pregnant wife trish he’s leaving town to start over. But an ancient evil is not asleep, and what seemed like a safe haven, it may be something completely different… trapped in the unknown ancient horror and brutally murdered, Chet quickly realizes that the pain, suffering and death — not a privilege for the living. And what’s worse, now the life and soul of his wife and unborn child is also hanging in the balance. To save them, he needs to go to the depths of Purgatory and find a sacred key that can restore the natural balance of life and death. Lonely, confused, and damned Odd going with the spirit and walks towards unimaginable horrors in the dark abyss of death. Abandoned in the realm of madness and chaos where the old gods are fighting for dead demons, and the souls conspire, hoping to overthrow their masters, it is a dangerous game to save his family. After losing promises him eternal damnation.

The publisher says “the Lost gods” as “a hauntingly creepy and mysterious novel with insane illustrations of the artist that set the reader on the necessary atmosphere”. Well, it’s interesting.

In the book, 576 pages, edition limited to 3000 copies. And while sinister Tomiki go shopping, we can look inside and appreciate those same images. 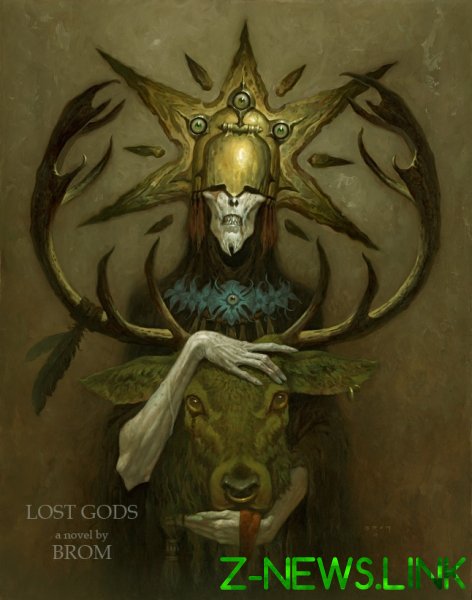 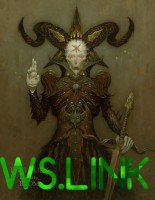 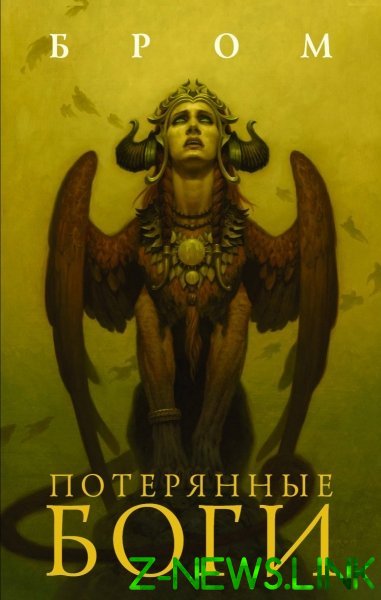