Home / Society / The logic of the Putin regime

The logic of the Putin regime 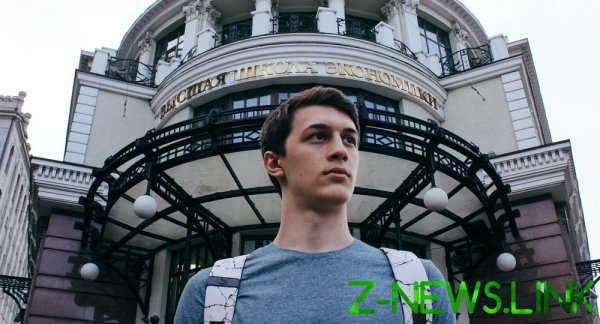 Egor Zhukov is a very bright, smart and charismatic guy with strong leadership qualities. One of the most prominent Russians of the new generation. That’s why I’m afraid he’ll be put on real time.

The logic of the Putin regime sample 2019 is very simple. If you don’t like what is happening in Russia, if you want change, if you advocate that Vladimir Vladimirovich Putin is no longer led the country — so you’re the enemy. If you take to do some actions: record videos, go out to the streets, speeches and so on. — so, a criminal who should sit.

Finally I realized this while things Bone Kotova, when his wife with his friends tried to break through to all sorts of officials, such Moskalkova to draw their attention to this punitive lawlessness. Look, they say, the man did not break anything, just went outside with a placard, and the last time even a poster to deploy did not — just out of the metro, as soon he was detained. Is it possible to put in prison? It’s dishonest, unfair and does not comply with any laws!

“But he wanted to expand the poster,” — said the officials — “he deliberately took to the streets to Express their dissatisfaction with what is happening. So let’s not resort to all sorts of gimmicks and tricks. What’s the difference what he did or didn’t do, he was going to do it, isn’t it?”. Later about the same thing was said at the trial: do not attempt supposedly planning to blow us up, he deliberately participated in all these actions, he knew what was coming.

See also:  In Kiev will change the route of the light rail

One thing Ivan Golunov, whose non-public protection, as far as I know, completely based on the fact that he never spoke out against Putin and “United Russia”, has never participated in any protests and organizations, and just investigated a variety case of petty corruption, not reaching to the top. This release is still possible. Or Paul Ustinov, who on any protest rally was not going, and just out of the subway came and accidentally got a batch. This, so be it, also let go. (Although a year of probation as a warning all the same give. Let him remember that near the protests to be dangerous). Or even many other defendants in the “case 212” that the rally, of course, came, but early in the protest activities were not observed. Even these still can’t be planted (of course, if they haven’t touched resguardar a finger and even in their direction wasn’t breathing). For the first time is forgiven, the walk is on the loose.

See also:  "Cave gap" in the center of Kiev asphalt fell to the ground

Of course, neither to the right nor to the rule of law or democracy, all this logic is irrelevant. But who said that we there should be a right, legality and democracy? It’s the Americans invented, and through their agents spread. And our partners from Iran and the DPRK will agree with us.

Don’t like something? Forward to boot camp. And thank God that we have not yet shoot and on construction cranes does not hang.

In General, what are some messages to us trying to convey all these things, I think. And it is clear that in principle it is rather a sign of weakness and insecurity. The louder the person yells “don’t do that, not the end”, the more obvious how scared he is that the recipients of the cries start to do it.

But how many innocent lives and destinies will still be broken in the desperate attempts of the usurper to retain their seats, I shudder to think…