The list of ‘offensive’ opinions, words & actions keeps growing… because offense is the new global currency 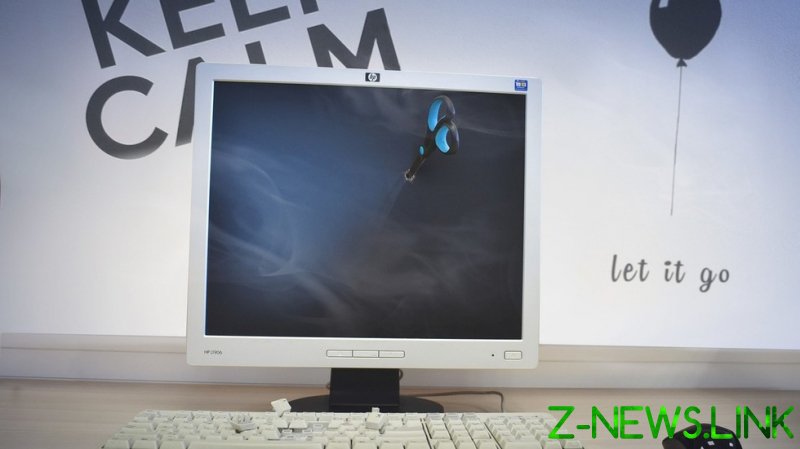 Humanity tracks its progress in ages. Over the centuries, the species progressed from the Stone Age, through the Bronze Age, to the Iron Age. Later thinkers mapped out the Age of Reason and the Industrial Age. In the 20th century, society evolved through the Information Age as computers gave birth to smartphones, the internet, and social media.

Those bright and shiny digital diversions lit the fuse on our currently mapped period, the Age of Narcissism. The ability to broadcast one’s likes, dislikes, political opinions, emotional states, and every moment’s news – right down to that day’s lunch menu – falsely convinces too many residents of our modern world that not only do such reports matter, but that an inability to draw attention to them is a failure of self-worth.

Rather than enhance any sense of identity or feed into one’s confidence and security, this 24/7 expression obsession leads its addicts into an insatiable need for acceptance and popularity. Communication isn’t enough. Acknowledgement is fleeting. Agreement is merely a gateway drug. The only real satisfaction is a shot of public adulation straight-lined into the veins.

So much of the online denizen’s self-acceptance now seems hopelessly tied to public esteem. Before this current toxic cloud of ever-present technology blended with a never-ending hunger for constant respect, more sane human beings valued the approval and support of friends, lovers, and family members over that of faceless crowds. Caring about (let along valuing) the views of strangers was not just discouraged, but mocked as pointless and unhealthy. Somehow the good sense of asking, “Who the hell are you?” when confronted with disrespect transformed into an unavoidable plea for love and worship from distant faces and vapid screen names.

Widespread esteem is now the goal of the social media-enslaved, forum-fixated human. He or she shapes their tweets and photo displays into pitons, pounding each into the cliff face of societal positioning. The ascending lost soul believes the nirvana of unquestioned prestige waits atop the mountain, but the peak seems to move away from them as quickly as they climb.

To fuel their admiration tanks more quickly, the esteem hunter targets their given political tribe as the main audience. In our hopelessly polarized world, such a strategy immediately eliminates half of the potential critics – while mapping out a much simpler route to acclaim. If they want to elevate themselves amongst their fellow drones, plaintiffs need only find new ways to express the same tried, true, firmly set socio-political positions. No thinking required.

It’s only a matter of time before the politically obsessed realize there’s a well-trodden shortcut to those rich fields of esteem they seek from their fellows. It’s possible to anoint oneself in glorious offense – expressing outrage at a given incident or issue publicly. That simple act of pearl clutching, of fixing an imaginary monocle in the eye and tilting the nose skyward, immediately signals wisdom, insight and sophistication – all while boosting tribal status. Even better, the proud protestation is unquestionable, as anyone doubting the proclamation simply becomes yet another source of offense.

The low-hanging fruit of offense is now the fastest, laziest path to esteem. The temptation proves impossible to resist, because daily life on this media-driven planet serves up potential targets minute by minute. Unfortunately, like so many behaviors that lead to cheap, easy, and fleeting boosts of esteem, buying favor via expressions of revulsion comes with a disastrous long-term price.

The cancer growing deep within this offense-based commerce is the same malignancy lurking within every economic system: greed. Everybody wants another piece of pie, especially a dessert sweetened with the certainty more people will view the diner as incisive and enlightened.

Considering that discovering a new source of offense is infinitely more entertaining to the tribe than merely rehashing traditional disturbances, the veneration hound desperately looks for new people, places, cultures, artworks, words, and thoughts that might wear a scarlet letter. The hunt can take many forms.

The offense miser most commonly finds fodder amongst current events. When the event doesn’t quite strike the right tone of ugliness, or if its content generates a breed of general offense that could be shared by non-tribal members, it must be further coded with ideology the ideologue aficionados will appreciate. A pandemic that kills thousands isn’t awful enough. It has to be branded a leftist conspiracy meant to take away our freedoms. A mass shooting doesn’t please pallets as much as a murder spree with racist overtones.

When the facts fail the offense, put the shoulder down and bulldoze some outrage elements into the scene. Watch that esteem rating climb, even while accountability plummets.

If the pilgrim of repugnance is willing to do more homework, the archival nature of social media offers an ocean of potential past muck to fish out into a transgression-hungry world. It doesn’t matter if an individual foolishly once believed he or she enjoyed the freedom to express themselves without punishment. No thought is given to the ability to gain wisdom with age or experience if a man or woman once said something careless or hurtful in their youth and ignorance.

Find those errors. Expose them. Feast on them. Statements that no longer meet today’s rapidly devolving standards of allowed thought must be unearthed, exposed and derided. Give no consideration to forgiveness, redemption, or compassion. After all, the other person’s esteem doesn’t matter.

Of course, the harder someone wants to be offended, the more easily almost anything becomes offensive. While the vat of potentially aggravating elements fills, the puddle of free thought and open expressions dries. While the esteem hoarders prey on others to fill their larders, they give no thought to what forms of expression starve as a result.

One bit of warning: Never ask the offense traders to prove harm amidst their public love collecting. The simple question of what real damage is done, or what difference their momentary objection really makes in a world of seven billion opinions, will draw only a gasp of indignation. In essence, you’re only giving them what they desire by pressing them to explain themselves.

I’d like to say this slavish hunt for esteem and the willingness to harm the lives of other human beings to acquire it offends me, but there are better ways to spend my life today. I’d rather offend someone. I admit that’s playing into the hands of the bloodless, whining weeds described herein, but there is nothing more wonderful than offense in a weary, dower world.

Offense challenges the complacent. It forces discourse and drives evolution. It gets the blood pumping and asks people to talk to each other. At the very least, it can make somebody laugh. In a world that spends so much time walking on glass lest someone get upset, we all desperately need that laugh.