Home / Society / The lid is closed, but the boiler boils

The lid is closed, but the boiler boils 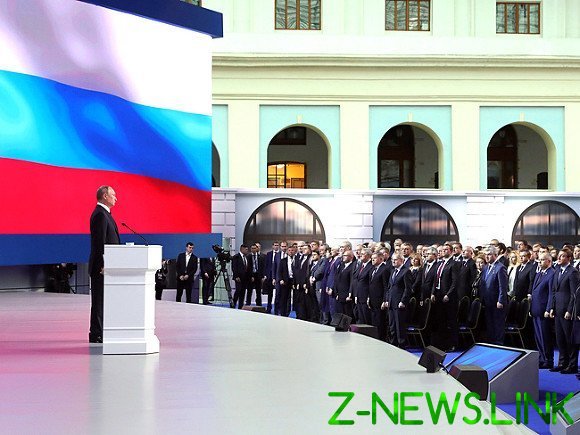 Advocacy efforts and police measures, the government blocked the growth of dissent, but the irritation has not disappeared, experts say.

Interview with the head of the all-Russia centre of studying of public opinion (VTSIOM) Valery Fyodorov TV channel “Rain” (or rather, its interpretation in other media) about the “fall of a rating of trust to Putin” has done, perhaps, more noise than results cymoscope research.

In fact, journalists in the broadcast of “Rain” asked Fedorov about the reduction of his rating from last year, the head of VTSIOM and confirmed: “Yes, it was about 45%, was about 32%”. If you look at this rating in dynamics, taking into account the statistical error (3.5% to 3.8%) in recent months, it changes very little, within the boundaries of the same error. From January to may 2019, the rating of trust to Putin declined very gradually from 33.4% to 31.7%, respectively. That is, talking about the collapse is not necessary.

Independent “Levada-center”, received from the government, as we know, the official status of “foreign agent” in March gave even higher levels of confidence in the leader of Russia than the public polls. “Levada-center”, his approval rating was 41%, and the polls were hovering around 33%.

However, responding to the reasons for the decrease in trust of Russians to Vladimir Putin in the past year, Fedorov said that they need to look at increasing misunderstanding of our compatriots, “when we will live better.” The crisis, added the head of VTSIOM, in any case, “his acute phase ended in 2016, but now we live in 2019 For these three years much better to live did not, although the crisis is over. Therefore, the main problem ― people do not see and do not believe that tomorrow will be better than today.”

Indirect evidence that latent discontent in the Russian society increases, was the fact that the publications and summaries of news about the decline of Putin’s rating was collected increased traffic. So on the same “Rain”, where, by the way, paid subscription, interview with Fyodorov for the day read almost 150 thousand people.

Due to the fact that the Kremlin asked the sociologists to explain Fedorov on the same day said that the electoral rating of the President is actually increasing (though also only slightly).

However, the fact remains that the rating of trust to Putin, albeit not as fast as a year ago, after pension reform, but slowly continues to sink. Columnist of “Rosbalt in this regard, asked the experts to comment on current trends.

According to the Director “Levada-Center” Lev Gudkov, “in principle, we are not talking about the decline of the rating (Putin), it’s all within the statistical error.” The expert recalled that “after the pension reform was really a very substantial fall (the President’s rating) to 20 percentage points”. At the same time, he believes that now power your efforts as a propaganda and police measures “laid, inhibited the growth of protest moods”.

That is, says the sociologist, “the irritation is gone, it will not go away, it accumulates, but is sterilized and propaganda, and the inability to protest, to participate in political activities.” In addition, “there is a strong the discrediting of the opponents of Putin. First of all, of course, Alexei Navalny, but not only. This means that people have no alternative,” — said Gudkov.

For this reason, says the head of “Levada-center, Putin remains the only figure in Russia. While opinion polls and focus groups, people tell us that they still (upstairs) will decide without us.” This setup generated quite artificially, the expert said, “blocking the further downgrade trust (President). Not work, burnt the political field”.

Dean of the faculty of political Sciences of the European University in Saint-Petersburg Grigory Votes calls the slow falling of a rating of Vladimir Putin “the accumulation of (discontent) with the decline of real incomes of the population.” Trigger this process, “of course, was the pension reform,” he continues. However, according to the analyst, if after it “continued reduction in real incomes, the effect would not be so strong. But he still would be, because for too long people have not forgiven the authorities measures which lead to the fact that they lose real money. This is a worldwide practice.”

See also:  Near Kiev due to an accident blocked the route Odessa

In this regard, the Voters recalled the fate of British Prime Minister John major, who at some point made a very strong depreciation of the pound sterling, which hit the savings of British. “John major made a lot of good for the UK, but this people have not forgiven him, and it affected his electoral ratings in a few years”, — the expert added.

Among other things, propaganda background, on which passes pension reform in Russia is not very favorable, said of the vote. “On the one hand, pension reform, and on the other, the continued participation of Russia in the Syrian war, which the population in General does not understand the ongoing deterioration of relations with the West, which also has a negative impact on the Russian economy. All this applies to confidence in Putin, because he’s taking foreign policy decisions, and everyone knows it,” said the analyst.

Professor of Saratov state University Vera Afanasyev believes that the reasons for the decline in confidence to the head of state can be called from a number of factors. First of all, “the mad rise in prices, the brutal suppression of the protests that were going on, starting with spring.” In its opinion, today “even the people that were in captivity of the TV propaganda that have listed themselves patriots, are starting to understand something. To do this, just go to the store or to the market”.

According to her, “even conversations in public transport today is different, because not all the time led the people around by the nose. In the year after Putin’s inauguration, the situation has changed a lot. People are waking up, although this is, of course, the process is slow.” 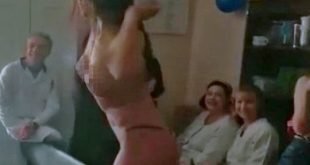