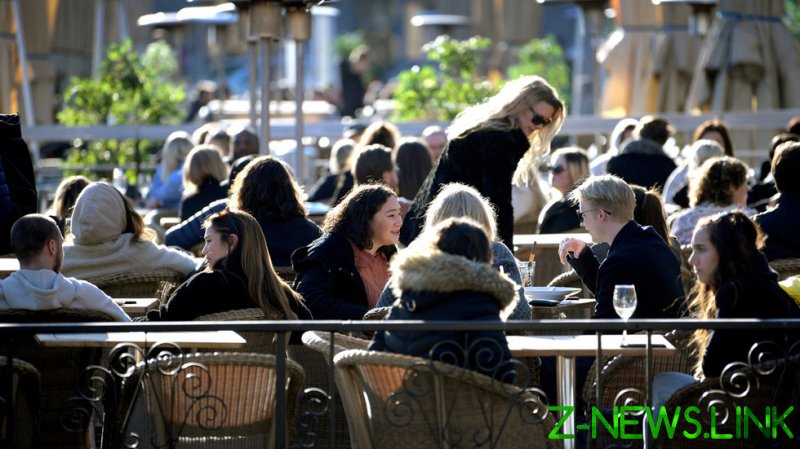 With the same depressing predictability of England being defeated in a major football tournament via a late-night penalty-shoot-out, the UK government’s announcement that mandatory masks and Covid restrictions would end on July 19 has been met with outright hostility from many on what one could call the ‘progressive’ side of British politics.

Never mind that ‘Freedom Day’ wasn’t really freedom day at all, and that the government has spent the last few days frantically rowing back from what it had earlier promised. The very fact that face masks and ‘social distancing’ would no longer be mandated by the state sent some people into meltdown.

Sweden blows this binary, dogmatic, fact-free nonsense right out of the water. Consider this: prior to March 2020, the Scandinavian state was probably the European country British progressives admired the most. Sweden ticked all the right boxes. It was a genuinely democratic, egalitarian nation. Its record on women’s rights, LGBTQ rights, animal rights – indeed, any kind of rights – was impeccable. It took in lots of refugees from all over the world. It was environmentally friendly, anti-racist, anti-homophobic, anti-sexist. It was in the EU, and even had a great record in the Eurovision Song Contest. Sweden was off-the-scale cool.

Yet, since March 2020, the very same progressives who would have been lauding the country to the heavens have acted as if it no longer exists, because it didn’t follow the script on lockdowns. The Swedes took one look at the ludicrously over-the-top predictions on which the UK based its policies and said, “Nah, this is silly. Very silly.”

Instead of panicking like Dad’s Army’s Lance Corporal Jones when Neil Ferguson, the then-government adviser on coronavirus, came into the room and uttered the fateful words “I’ve done some modelling”, the Swedes remained as calm and collected as Bjorn Bjorg facing match point on Centre Court at Wimbledon.

Sweden not only didn’t impose a national lockdown, it didn’t mandate face masks either. Yes, there was ‘advice’ to wear masks on public transport during rush hour if carriages were crowded, but that was it. And even that advice ended recently.

Throughout all this, Sweden, lest we forget, was not governed by nasty, right-wing Donald Trump-type people, but by a coalition of Social Democrats and Greens. Exactly the same sort of people hardcore ‘progressive’ maskists would be voting for – and campaigning for – in Britain.

If you hear these maskists talk – and some like the SAGE and ‘Independent SAGE’ behavioural psychologist Professor Susan Michie are indeed Marxist Maskists – you’d think that people not wearing face masks would lead to Armageddon, with World War One levels of slaughter. Yet mask-free, lockdown-free Sweden has had much better outcomes than countries which did mask up and locked their populations down. I’m not just talking here about deaths with Covid, in which Sweden stands well below the likes of Britain, Spain, Belgium and many others, but also other important health issues.

Unlike Britain, Sweden didn’t reposition its health service to become a National Covid Service, to the neglect of diseases which kill a lot more people. Only this week, a new parliamentary report, ‘Catch Up with Cancer – The Way Forward’, showed there were 350,000 fewer urgent cancer referrals in the UK in 2020, and 40,000 fewer cancer diagnoses.

Leading cancer surgeon Professor Gordon Wishart compared the UK example with Sweden. There, the number of patients undergoing prostatectomies fell by only 3%. Over the same period, they plunged by 43% in Britain. How many will die because of this cancer ‘time bomb’?

Remember progressives supported lockdowns and masks on the basis of ‘if they only save one life, they’re worth it’.

Sweden provides the perfect ‘control’ to what life without lockdowns and mandatory masks would have been like in Britain. And you can forget the ‘oh, it’s silly to make comparisons because Sweden is just pine forests and lakes and much more sparsely populated’ line: in 2019, 87.7% percent of the population lived in urban areas compared to 83.65% in the UK.

Rather than doing what China, and then Italy, did, Sweden was the north European example that north European Britain could – and should – have followed.

Instead of urging Boris Johnson’s government – which Britain’s leftists actually told us was ‘far-right’ and even ‘fascist’ prior to March 2020 – to become even more authoritarian with its restrictions, they should have been extolling sensible, social-democratic Sweden. The trouble was, though, that from quite early on, they were conditioned to believe that opposing lockdowns was not only a ‘right-wing’ thing, but a ‘far-right’ thing. Remember the social media furore when a flag of the ‘British Union of Fascists’ was very briefly unfurled – and quickly photographed – at Trafalgar Square at an anti-lockdown rally last summer?

That did its job. “How can you support a cause that Mosleyites support?” was typical of the comments I got from hitherto allies on the left that day. The truth is, though, that the totalitarian, fascistic threat didn’t come from anti-lockdown protestors, but the ones promoting lockdowns. And Sweden showed it really didn’t have to be this way.