Home / policy / The lawyer in the case, “the New greatness” found dead in the workplace

The lawyer in the case, “the New greatness” found dead in the workplace 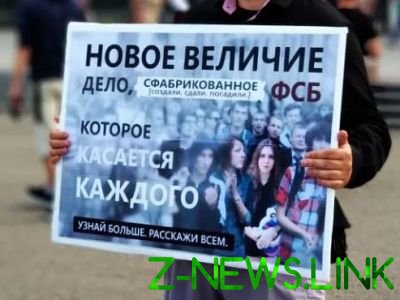 In Moscow, the police began checking into the death of lawyer Ivan Sustina, which represented the interests of one of the defendants in the case about the “New greatness” Pavel Dabrowskiego. As reports the Agency “Moscow”, citing a source in law enforcement bodies, the body of the lawyer was found on a workplace — in a law office on Tverskaya street. The body was discovered colleagues Sustina.

The defendants in the case are accused of organization of extremist community and participation in it (parts 1 and 2 of article 282.1 of the criminal code). According to investigators, members of the “New grandeur” intended to seize power in Russia through a coup. Defendants argue that the idea of creating such an organization suggested it introduced the police and the FSB.

Two of the defendants — Paul Zebrowski and Rustam Rustamov went on to make a plea deal and was convicted. The first was sentenced to 2.5 years in prison, the second — by 1,5 years of imprisonment conditionally. After the verdict Zebrowski recanted their testimony, the verdict was reversed and the case remanded for a new trial. Sergey Gavrilov, who was under house arrest, in October of 2019 went to the Ukraine, he was arrested in absentia.