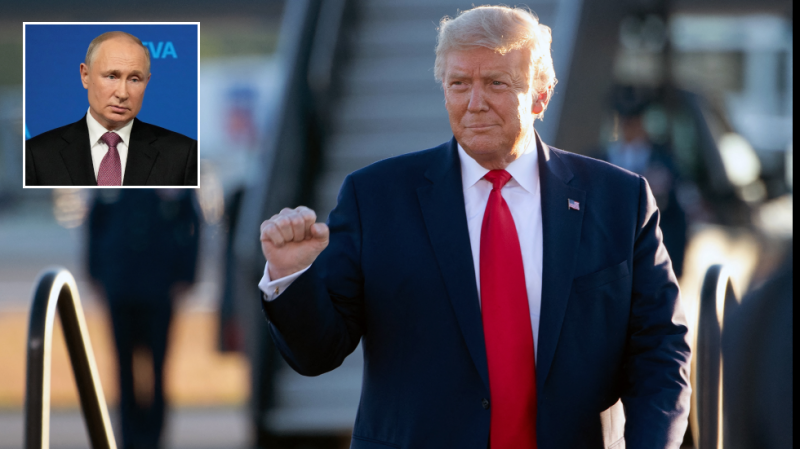 The threat is, unfortunately, even greater when the targets of that disinformation are countries with whom the US needs to maintain relations for the sake of the balance of global politics. Fake news about Russia hasn’t disappeared and is continuing to proliferate. American democracy will find itself suffering because of it.

From social media to the ballot box

Democracy is not just a form of government or the act of helping to decide a people’s representatives or legislation. Democracy comes with supporting materials. It is a machine that requires all the little cogs, switches and buttons to work both together and independently in the way they are intended to function. When one of these pieces begins to erode – say, voting processes – the fabric of our democracy begins to tear.

Many would define these pillars of democracy as freedom and rights, representation, equality and equity and justice. These are ideals reiterated throughout the US Constitution and confirmed in its amendments. Still, there exists another interpretation of these pillars, and on this relies the three classic branches of government – the executive, the legislative and the judiciary – as well as a fourth key institute: the free press.

A free press is essential for informing burgeoning populations in the modern world. An unbiased, free and active press works to connect the events and issues of a country and the world with the common man and his or her activities. It provides the much-needed foundation for informed decision-making at the ballot box.

It comes as no surprise then that information – and, as a corollary, disinformation – wields a strong influence on the wellbeing and efficacy of democracy.

When disinformation hits the average American

The age-old adage “knowledge is power” sometimes proves itself to be true. The purpose of the media is to inform the masses. It is a driving force for the opinions that reach a legislator through emails, phone calls, letters and, inevitably, the ballot box. Yet, when knowledge – or, at least, opinion – gets shaped and misshaped, it begins to alter the course of events.

Corrupted knowledge, saddled with inaccuracies and exaggerations, is just as powerful as the truth, and even harder to dispel after the damage is done.

When the voter votes, influenced by weeks and months of rumor and myth, ultimately, we see these untruths travel up to the legislators and leaders who hope to represent and appease their constituents. Things that are shared on Facebook influence the debate on the Senate floor. And these leaders and legislators then in turn create laws, policies, platforms and so on based on the outrage and beliefs of the voters. Through their pens and their actions, leaders inadvertently work against the interests of the nation and the world at large, in service of ill-informed public opinion.

Ultimately, this poisons the system. It poisons our democracy. And that is the threat posed by disinformation in a highly technological age, where every keystroke can set off a minefield.

The infectious nature of a well-spun “story” coupled with the malicious intent behind those unraveling the tale pose a great risk to all, especially in the field of diplomacy with those countries we need to be building better relations with – Russia being the prime example.

Coming out of the cold

Russia, for a long time, has been on the receiving end of disinformation in the United States.

While it may have been a valid target during the Cold War, as a defense against Soviet disinformation campaigns aimed at the US, in recent years, the pattern of false or misleading information about Russia is largely without a strategic goal.

Yet, articles appear almost daily purporting that Russian President Vladimir Putin or the Kremlin or Moscow have once again done this, that or the other thing. Always nefarious. Facts are light, and emotion runs heavy.

A prime example of what may well come to be one of the biggest disinformation blunders against Russia in 2021 is the so-called “Kremlin Papers,” published in the Guardian earlier this month that detailed Putin’s supposed master plan to support former president Donald Trump during the 2016 election.

Aside from there being very little information about the documents’ chain of custody, in the few fragments available to the public, there are several glaring orthographical, syntactic and grammatical mistakes that suggest a native Russian speaker did not write them. Experts have also called into question the validity of the documents.

Relations with Russia have only continued to worsen in recent years. After the hope that flourished after the fall of the USSR and in the early 2000s, Washington and Moscow are seemingly back to square one.

As the world’s two leading nuclear powers, they should be working together to ensure a more peaceful world. As well as blunting the nuclear Sword of Damocles, cooperation between Russia and the US helps promote a healthier world order.

When American lawmakers get caught up by disinformation either directly or indirectly, they end up taking the initiative and drawing up laws against Russia when the factual basis for their stance is nothing more than baseless accusations. Disinformation about the world’s largest country, circulating in US media markets, only further strains diplomatic relations with Moscow. It has helped to put pressure on politicians to back unfair policies that further the current diplomatic divide and pose a threat to our democracy as the fourth pillar topples.

For all the unfounded talk of Russians interfering in American elections, it is our generation’s Red Scare that is pushing America into a state of frenzy, undermining both our democracy and, maybe, world security.