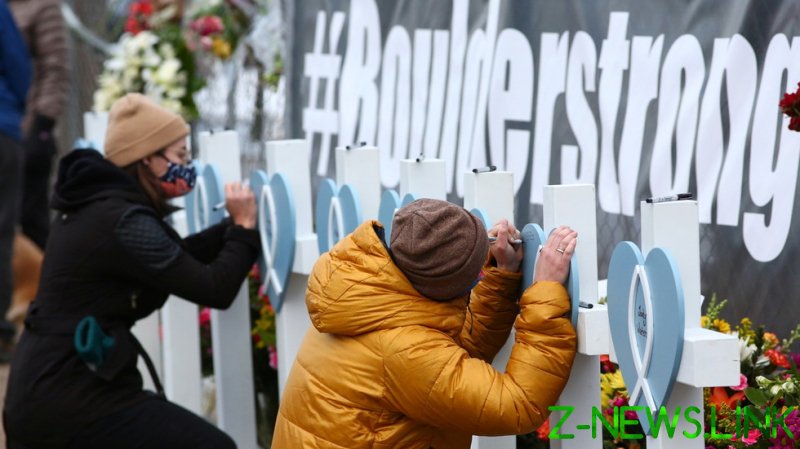 The human mind can be a very scary place. In the public health sector, it’s hard to think of an area that has a worse stigma than mental illness. My belief, given what I’ve seen statistically and through personal experience, is that Americans have a cultural phobia about taking it seriously. Yet these mass shootings, along with the rise in suicides, make it obvious that something is being ignored here. Beyond that, the constant blaming of firearms is inane, because basic criminal psychology would tell you that it is the mind that makes the decision to use that tool.

Mental Health America’s recent report on the state of mental wellness in 2021 shows an increase in numbers across the board when it comes to psychiatric illness – 9.7% of young people now have severe depression, for example. From 2017 to 2018, 19% of all Americans had some form of mental illness, and in that same timeframe, the number of people who confessed to suicidal feelings had risen by almost half a million, to over 10 million. Yet, since 2011, almost a quarter of those suffering from mental ill health have not received any treatment, for one reason or another. And these are pre-Covid-19 numbers. The statistics in the same report conducted after the pandemic began are not good, showing a steady rise.

When it comes to mass shootings, it seems to me that psychiatrists are enjoying splitting hairs rather than looking at the situation with any degree of seriousness. An article in the Psychiatric Times from last year states that many mass shooters do not suffer from schizophrenia or an associated illness, but rather from severe mental distress. As someone who has followed the reporting of many mass shooting cases over the years, I’m left wondering why so much time is spent on the distinction and not enough on what can be done about that severe distress. The fact of the matter is that we are dealing with a straw man. No one is saying that everyone who shoots up a school is a schizophrenic. What they are asking is whether something can be done to help these people who are in such distress so more lives can be preemptively saved.

Let there be no mistake here. The concern is for life itself. Life is a precious thing, and any degree of mental illness, from distress to full-blown psychosis, should be taken just as seriously as a cancer prognosis. Any lack of gravity in the reporting of a mass shooting or in the discussions that inevitably take place in the media afterwards adds to the stigma. Lazy labeling of a shooter as “crazy” could result in others who are in distress not taking their own problems seriously, or being paralysed with fear about seeking treatment.

And the images that accompany the reporting of a mass shooting are even more distressing, not to mention the obsession with the details. There’s discussion about magazine sizes, the definition of an ‘assault weapon’, the race or creed of the perpetrator, and the constitutionality of the gun control du jour. Even more misguided are the constant calls for the Centers for Disease Control and Prevention to carry out studies on gun violence.

The debate on gun control is important when it comes to protecting the rights of citizens – and handy for unscrupulous politicians who want to turn any issue affecting their constituents into a political weapon. Or rather a bargepole, pushing ever further apart the two sides of the chasm splitting the US. All the while, the lawmakers are ignoring the fact that those same constituents are losing their right to life in the process, either by dying in the continued shootings, or cracking under the ever-growing strain of living in such a divided society and grabbing a gun to shoot up a supermarket. Meanwhile, the government could actually be solving the problem we already know is at the root of it all: mental health.

Society needs to face facts. These statistics are eerie, a clear indicator that we need to be taking this seriously. We cannot continue to avoid having the uncomfortable conversation about mental health. We need to stop looking for scapegoats in firearms and video games. We need to stop placing the blame on someone else’s politics and start accepting the blame as a society, because it’s we who have not been willing to look at this situation and admit to ourselves that we have a problem.

America itself is unwell because of it. The nation is in denial about a health problem that is sapping its own life. If we don’t reflect on this problem and take it seriously, more lives will be lost. We simply need to stop pointing our fingers in all the wrong directions.