The latest, disturbing trend amongst gender-bender narcissists? Becoming a ‘nullo’ by having one’s genitals surgically removed 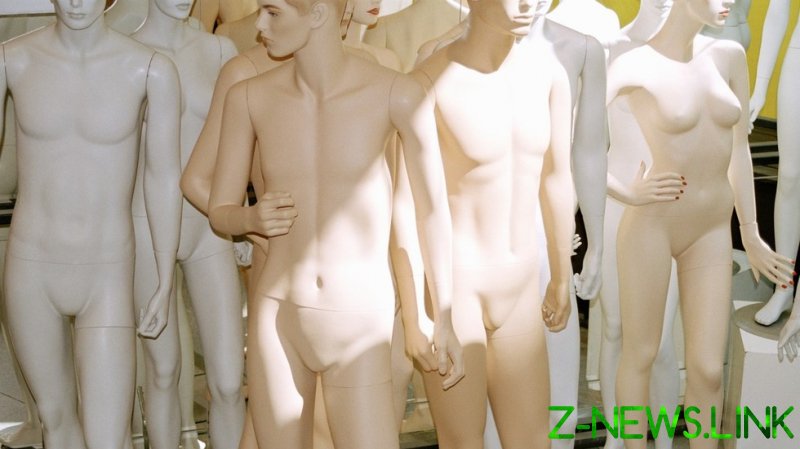 Exciting news! Lego, the much-loved purveyor of tiny plastic bricks, is launching a brand new set. The ‘Everyone Is Awesome’ kit includes the usual array of blocks and figurines. But the brightly coloured pieces are intended to do far more than simply get children’s creative juices flowing.

‘Everyone Is Awesome’ is Lego’s first LGBTQIA+ set. The colours of the blocks have been chosen to reflect the rainbow gay pride flag, with the addition of pale blue, white and pink blocks to represent the trans community, and black and brown bricks to “acknowledge the diversity of skin tones and backgrounds within the LGBTQIA+ community.”

The same colours are used for the set’s tiny model people. The purple figurine comes complete with an elaborately large wig in what, according to the set’s designer, “is a clear nod to all the fabulous drag queens out there.” But the rest are deliberately gender neutral so they can “express individuality, while remaining ambiguous.” In other words, the tiny, smooth, plastic creations are made according to one unisex mould. There are no bumps or bulges to indicate genitals or breasts.

Good! This ambiguity is exactly what makes Lego such a great toy. As many frustrated parents know, you can spend a fortune on a pestered-for kit, only for children to tip the pieces onto the floor and make something completely different. The bricks allow children to exercise their imagination and create a world of their own. My sincere hope is that children gifted ‘Everyone Is Awesome’ cast one glance at the woke rainbow design and build a space rocket instead.

Meanwhile, the grown-ups should leave them to get on with it. Only, it turns out, not all adults do, in fact, grow up. There is, apparently, a large AFOL (Adult Fans of Lego) community. And GAYFOLs have given the new Lego set the thumbs up.

I worry about these people and not just because adults should have better things to do than play with toys. Children seem instinctively to understand that Lego is for constructing fantasies and that there is a difference between reality and imagination. Not even four-year-olds think you can really journey to the moon in a Lego space rocket. Some adults, on the other hand, seem a little more confused. They need to see their own identity literally represented in plastic blocks. And they seem to think the purpose of Lego is to make political points about diversity and inclusion.

Worse still, it seems that some adults look upon the gender-neutral, genital-free, perfectly smooth Lego figurines not as blank slate characters designed to nudge the imagination, but as a template for reality. They see Lego people, or larger but just as smooth and plastic dolls like Action Man or Ken, not as fantasy figures but models to emulate.

‘Nullo’ or ‘smoothie’ is the term for men who voluntarily undergo surgery to have their genitals removed. Although still highly niche, the number of ‘genital modification enthusiasts’ is, apparently, growing. Gregg (not his real name) spoke to Queerty about his experience of nullification surgery. He describes how doctors remove a patient’s testicles, scrotum and penis before they, “essentially just sew the skin up into a very tight vertical line which kind of fades away. If the surgeon’s great, there’s no scar at the end of it, and they relocate the urethra down to kind of between your legs.”

Members of the nullo community are not transgender; they are not looking to replace a penis with a vagina – although studies suggest that some later come to identify as women. More identify as gender neutral. Align Surgical Associates, a US-based medical practice specialising in gender realignment surgery, explains: “While many patients might be interested in transitioning into either a male or female identity, there are plenty of individuals who feel that their gender identity does not quite conform in one direction or the other. Gender nullification surgery can enable non-conforming patients to enjoy a relatively smooth genital area.”

Nullification is presented as a way for gender non-conforming people “to enjoy a body that looks closer on the outside to the way they feel on the inside.”

Many of us want a body that looks on the outside the way we feel on the inside. This is what motivates me to get out of bed and go for a run most mornings. But, at the same time, we accept the physical reality and the limitations of the body we have. No matter how much I run, I will never become any taller or younger. My breasts won’t get larger and neither will I become male. Sure, people ‘enhance’ their bodies with make-up, diet and exercise regimes, and sometimes even with wrinkle-reducing injections or plastic surgery.

But enhancing your appearance is not the same as denying reality. Having your genitals ‘nullified’ is to refuse to accept the fundamental biological and social reality of being male or female. It is to insist that the world conforms to you, rather than you bending to the world as it is. There is a narcissism to assuming that the physical constraints of the body should not be allowed to stop your fantasies coming true. Likewise, the practice of removing perfectly healthy body parts from such fantasists is, at best, ethically questionable.

Lego’s message that ‘everyone is awesome’ is nice. But wouldn’t it be even nicer if we could all be awesome with our genitals still intact?