Home / Society / “The last samurai”: how the Japanese 30 years, fought in the Second world

“The last samurai”: how the Japanese 30 years, fought in the Second world 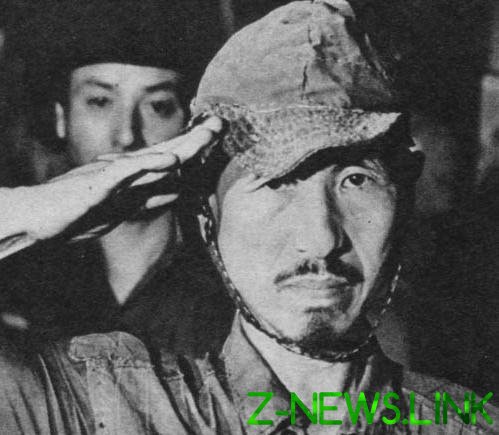 “For him the war is not over” – sometimes talking about the former soldiers and officers. But it is rather an allegory. But the Japanese, Hiroo Onoda was convinced that the war is still going on and a few decades after the Second world war. How did it happen?

Hiroo Onoda was born March 19, 1922 in the village Kamakawa of Wakayama Prefecture. After graduating from school in April 1939 he got a job in a trading company “Tajima”, located in the Chinese city of Hankou. There the young man has mastered not only Chinese but also English. But in December 1942, he had to return to Japan is called for military service.
In August 1944, Onoda entered the army Nakano school, which trained intelligence officers. But to complete the training the young man could not – he was urgently sent to the front.

In January 1945, Hiroo Onoda already in the rank of second Lieutenant was transferred to the Philippine island of Lubang. He was ordered to stay to the last.
Having arrived on Lubang, Onoda was offered to local commanders to begin preparations for the long defense of the island. But his call was ignored. The American troops easily defeated the Japanese, and a reconnaissance detachment headed Ondoy was forced to flee to the mountains.

In the jungle, the military have built a database and began a guerrilla war behind enemy lines. The squad consisted of only four people: Hiroo Onoda, private first class Yuichi of Akazu, member of the highest class Cincity Kazuki and corporal Seite Simadi.

In September 1945, shortly after the signing of Japan’s instrument of surrender, from airplanes into the jungles was reset the order of the commander of the 14th army, commanding him to surrender their weapons and to surrender. However, Onoda was considered a provocation by Americans. His squad continued to fight, hoping that the island’s going to be back under Japanese control. As the group of guerrillas had no connection with the Japanese command, the Japanese authorities soon declared them dead.

In 1950, Yuichi akatsu surrendered to the Philippine police. In 1951, he returned home, making it known that members of the squad Onoda is still alive.
May 7, 1954, in the mountains of lubang clashed groups Onoda with the Philippine police. Seite Shimada was killed. In Japan at that time had created a special Commission in the search for the Japanese army, remaining abroad. For several years the Commission had been looking for Onoda and Kozuki, but to no avail. 31 may 1969 the Japanese government again announced Onoda and Kozuka dead and posthumously awarded the order of Rising Sun 6th class.

19 September 1972, in the Philippines police shot and killed a Japanese soldier who tried to commandeer the rice from farmers. This soldier was Cincity Kozuka. Onoda was left alone, without comrades, but to give up, obviously not going to. During “operations”, which he did first with his staff, and then alone, were killed and about 30 seriously injured about 100 military and civilians.

The loyalty of the officer’s honor

February 20, 1974, a Japanese student-traveler Norio Suzuki accidentally stumbled across Onoda in the jungle. He told the officer on the end of the war and the current situation in Japan and tried to persuade him to return home, but he refused, citing the fact that he had not received such orders from her immediate superiors.

Suzuki returned to Japan with photographs of Onoda and stories about him. The Japanese government managed to contact one of the former commanders Onoda – Esimi major Taniguchi, now retired and worked in a bookstore. March 9, 1974, Taniguchi in uniform arrived on Lubang, made contact with a former subordinate and gave him the order to halt all combat operations on the island. March 10, 1974, Onoda surrendered to the Philippine military. He faces the death penalty for “military operation” that constitutes local authorities as robbery and murder. However, thanks to the intervention of the Ministry of foreign Affairs of Japan, he was pardoned and March 12, 1974 solemnly returned home.

In April 1975, Hiroo Onoda moved to Brazil, got married and started breeding. But in 1984 returned to Japan. Former military actively engaged in public work, especially with young people. November 3, 2005, the Japanese government awarded him with the medal of Honor with blue ribbon “For merits before society”. Even in his old age he wrote a memoir entitled “My thirty years’ war in the Lubanga”. He died Hiroo Onoda on 16 January 2014 in Tokyo at the age of nearly 92 years.