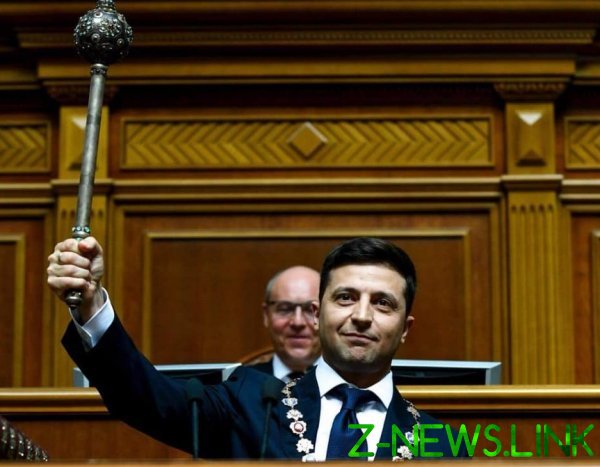 The Russian side will send to the President of Ukraine Vladimir Zelensky an invitation to the celebration of the 75th anniversary of the victory in the great Patriotic war in may 2020. This was at the briefing in the Kremlin told reporters the Russian presidential aide Yuri Ushakov, reports RBC.

According to Ushakov, the participation in the events of may 9, 2020 have already confirmed 17 leaders, including the President of France Emmanuel macron and Prime Minister Narendra modi. Moscow to this day has promised to visit the leaders of Mongolia, Cuba, Czech Republic, Venezuela, Moldova, Serbia, Belarus and many other countries, he said.

In late June, Russian President Vladimir Putin called for the celebration of the 75th anniversary of the Victory of the American leader is Donald trump. As noted in the Kremlin, trump took it positively and said he would wait for the official invitation. How said Ushakov, the American side until he answered. Earlier, the Council on foreign and defense policy of Russia admitted that this trip may not happen because trump will participate in the campaign before the presidential elections in November.

At the parade in may 2019 in Moscow of foreign leaders was only the first President of Kazakhstan Nursultan Nazarbayev. The Kremlin noted that specifically, none of the heads of foreign States are identical to the event name is, because it is not a round number. Foreign leaders usually purposefully only invited to the anniversary event, explained the press-Secretary of Russian President Dmitry Peskov.

In 2015, the parade in honor of the 70th anniversary of Victory were attended by about 30 heads of States and governments of foreign countries, as well as the first person in the UN and UNESCO. However, the invitation of the Russian authorities refused many European leaders. All, as noted by foreign Minister Sergei Lavrov, invitations were sent to heads of 68 foreign countries.

The participation of foreign guests, the event has drawn criticism in several countries. In particular, the decision of the President of Czech Republic Milos Zeman to come to the Victory parade expressed dissatisfaction with the U.S. Ambassador to the Republic Andrew Shapiro, since, according to him, the Kremlin is violating international law and destabilizie the situation in Ukraine. And in Kiev urged to refuse a trip to Moscow held the post of UN Secretary General ban Ki-moon. In Poland, the Victory parade in 2015 called threat to the world.