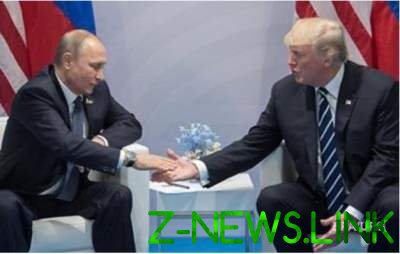 The American President may fall again in the trap, think the media.

Moscow plans to legitimize the invasion and occupation areas in two Ukrainian regions, plunging US President Donald trump in another bad deal in the likeness of Syria, reports The Washington Post.

“After playing in Syria, the administration trump again risks repeating its mistake in Ukraine, around which heated diplomatic discussions about the Russian peacekeeping initiative”, – the newspaper writes.

According to the newspaper, Vladimir Putin acts according to the familiar scheme. He “uses his troops to reinforce the fighting on the ground, and then moving closer to the West with a proposal that sells a de-escalation of the conflict.” However, if you look in detail, Putin’s proposal for peacekeepers in the East of Ukraine “is really designed to divide his opponents and consolidate their advantages,” notes The Washington Post.

We will remind, recently the President of Petro Poroshenko and German Chancellor Angela Merkel held a meeting in Brussels to discuss the deployment of peacekeepers in the Donbas.