Home / business / The Kremlin responded to a loud statement of Putin

The Kremlin responded to a loud statement of Putin 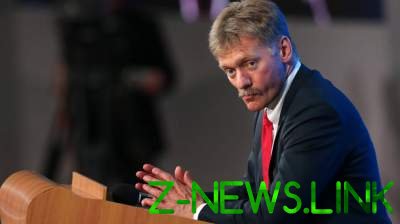 Russian secret services have information about collecting some of the emissaries and non-governmental organizations biological material from different Russian ethnic groups.

This was stated press Secretary of the President Dmitry Peskov.

“The information of special services of the Russian Federation. Indeed, some emissaries conduct such activities, non-governmental organizations and other bodies. Such cases were recorded, and special services, of course, the President this information is available”, – said Peskov.

Recall, October 30, Russian President Vladimir Putin during a meeting of the Council for human rights said that some forces collect biological material of Russian citizens.

Billionaire Elon Musk, commenting on the words of the Russian leader on new technologies, expressed the opinion that the cause of a new world war will be the artificial intelligence.