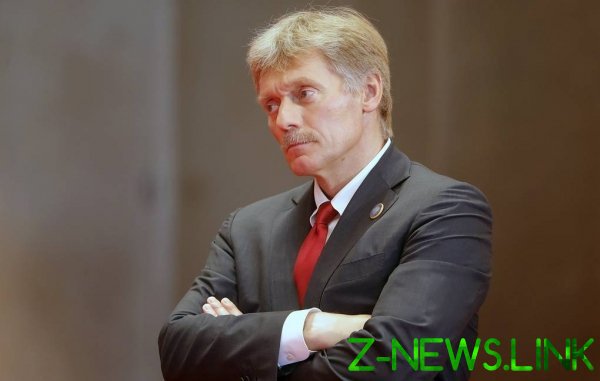 The survey “Levada-center” showed that less than half of Russians support the nullification of presidential terms of Vladimir Putin, does not correspond to the sociological data available to the Kremlin. This was at the briefing on Friday, said press Secretary of the President Dmitry Peskov.

“I don’t have enough details – what is the sample, what were the issues,” he said, commenting on the survey, “Levada”, which was attended by 1.6 thousand people from 50 regions in Russia.

The Kremlin is recorded by all surveys, Peskov stressed, adding that this “probably doesn’t correspond to that of sociology, which offers the Kremlin” (quoted by “Interfax”).

A poll by Levada, conducted March 19-25, showed that the percentage of Russians want to see Putin as President for at least one term, shrank to the lowest level since 2013 – 46%.

“Definitely no,” said 30% of respondents to the question whether they approve the amendment to abolish presidential terms. In total it was opposed by 47% of respondents (17% answered “rather no”).

Positive emotions from the reform of the Constitution, which will allow Putin to remain in power until 2036, breaking the record of the reign of Joseph Stalin, experienced, according to the “Levada”, a little less than one third of respondents: 19% felt “hope,” and 12% “satisfaction”.

Every fifth said that he felt indignation, 16% – confusion, 4% – fatigue. Every fourth events did not cause any feelings about the “indifference” was declared by 23%. 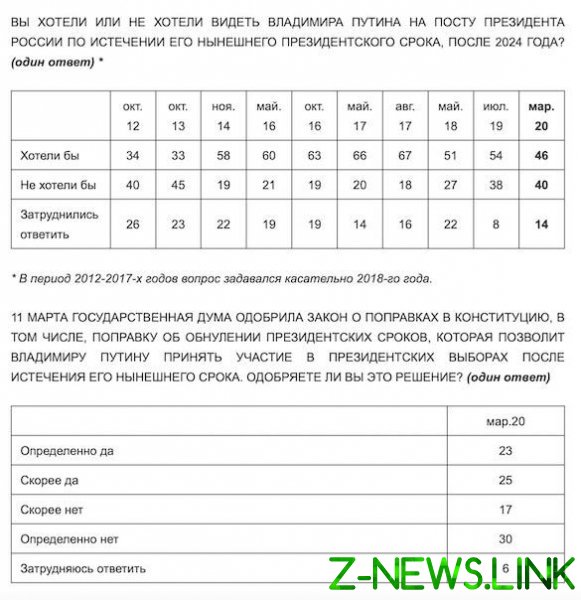 Young, educated people and Muscovites for the most part opposed to the reset date and maintain Putin in power and the poor periphery over, commented to “Vedomosti” the results of the study the Director of “Levada-center” Lev Gudkov.

The poor “there is hope for Putin and the government, because another opportunity to keep what they have now, no; only more informed and educated part of the population is opposed”, he States.

According to Gudkov, the situation in society changes greatly, a sharp fall of the ruble and the epidemic will hit business and the economy, leaving people without a livelihood. “Statements on social support do not play a role – fall is very serious. People no longer believe that the leadership will something for them to do,” says the sociologist.