Home / business / The Kremlin reacted to the laws on Donbass

The Kremlin reacted to the laws on Donbass 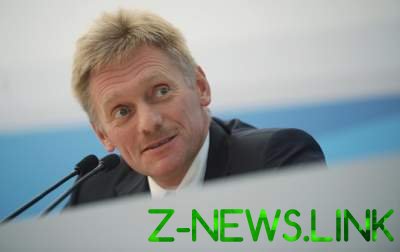 Dmitry Peskov has criticized the bill on the reintegration of Donbass.

The wording of the Ukrainian law on the reintegration of Donbass, neither de jure nor de facto unacceptable. This was stated press Secretary of the President Dmitry Peskov.

“This law – it is how we understand and how have information about this case, yet the bill, he is very declarative. It contains an article where the Russian Federation called the aggressor. And it also doesn’t contain any mention of the Minsk agreements”, — said Peskov.

He said that such wording unacceptable for Russia, in addition, the bills contain legal contradictions.

He also noted that the law is of declarative nature. In addition, according to him, the second the bill is considered the more important.

“There is another bill which is already going in the direction of extension of the special status of Donbass. Here it is an important bill. For the expiration of the previous law on the special status, of course, caused all the concern,” Peskov said, noting that Russia remains committed to the Minsk agreements.