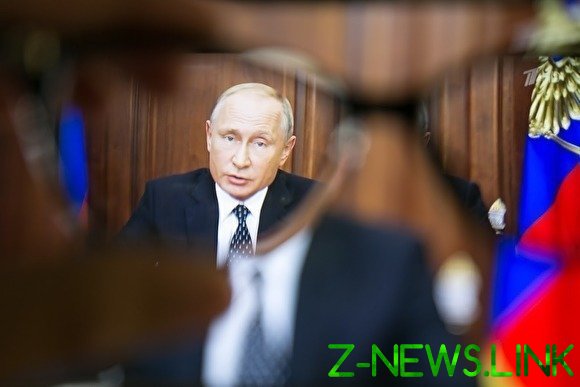 In the Kremlin have studied the recent sociological studies about the record fall in confidence to Vladimir Putin and waiting for clarification of sociologists, as the electoral support of the head of state is growing. This was stated press Secretary of the President of Russia Dmitry Peskov.

“We’re waiting for some analysis from our distinguished experts how to correlate these data: how can the dropping level of trust, but to grow the electoral rating. This is a complex analysis, we hope with time he will appear,” — quoted Peskov “Interfax”.

According to the latest polls, the personal trust rating of Vladimir Putin fell to its lowest level in the last 13 years is 31.7%. Thus, the activities of the President of Russia as an institution of state power to approve 65,8% of Russians. The head of VTSIOM Valery Fedorov said that the low confidence rating is that decreases the frequency of mentions of Putin in the list of politicians whom you trust the Russians. He said that the Russians have no understanding of when they will live better, and this is the main reason of mistrust to the President.

See also:  None of the stated goals of pension reform is not achieved

Recall, at the March election in 2018, Putin received 76,69% of the vote. In April of this year, “Levada center” found that if presidential elections were held next Sunday, the incumbent President would win 55% of the vote. The study emphasized that “the society is holding a sense of inevitability”.

The number of Russians who believe that the country is on the wrong track, the highest over the last 12 years and now stands at 45%. The resignation of the current government of the Russian Federation are in one way or another 53% of Russians. It showed the January survey, “Levada-center”.