The Kremlin announced the name of the new successor to Putin 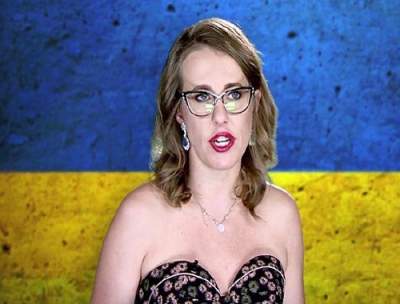 The administration of the President of Russia among women looking for a sparring partner for Putin in the elections, which will be held in March 2018.

As one of the candidates, the Kremlin is considering a journalist and TV presenter Ksenia Sobchak.

In the AP of the Russian Federation consider 5-7 women candidates politicians. But a candidate want to see a public persona that is not a member of any of political forces. The Kremlin believes the ideal candidate Ksenia Sobchak.

Among the other candidates considered by the Chairman of the Social democratic women’s Union of Russia Natalia the Great, the leader of the National parent Committee Irina Volynets and member of the Central Council of “Fair Russia” Irina Petelava.

Note that women applied for the post of President of Russia twice. In 2000 he ran for the head of the Russian CEC, Ella Pamfilova, and in 2004 – the leader of Union of right forces Irina ham kada.

We will remind, earlier ex-the employee of presidential Administration of Russia, the economist and politician Dmitry Nekrasov said that if the scenario will involve the nomination of a successor to the presidential elections in Russia, then it will be someone from the “second line”.