Home / Movie / The killer or the victim? All mixed up in psychological “Kaleidoscope” (TRAILER)

The killer or the victim? All mixed up in psychological “Kaleidoscope” (TRAILER)

Brit Toby Jones and it appears in big movies, that’s just the role he had a little. It is understandable, the guy looks like an old baby, for a typical heroes of the first plan such appearance is not suitable. But if you need to play the eccentric, mad scientist or even some weird guy Toby Jones here. And such independent films as “Studio recording Berberian”, in my opinion, clearly show that man is very strong and can give shape to many Hollywood stars of the first magnitude.

Well, it seems that soon the audience will have another opportunity to see this. Psychological Thriller “Kaleidoscope” (Kaleidoscope) was first presented to the public in 2016 at the film festival in Chicago, and this summer, bagged a prestigious award in Edinburgh. Now it came to large-scale release. Not in theaters, though, but Oh well.

Coming out of prison, soft hearted Carl tries to return to normal life. For the first time in 15 years, he goes on a date, and it seems all is not lost. But then there is overbearing mom, Carla, and her presence evokes in him a deep trauma. Perception of reality is distorted, truth is confused with illusion, the past collides with the present, giving rise to violence. Is it possible to escape the past? Can a criminal be a victim?

By the way, Director and screenwriter Rupert Jones — brother, Toby Jones, so it’s a family business.

8 Dec “Kaleidoscope” will be released in limited release in American cinemas, and will also appear on digital platforms. 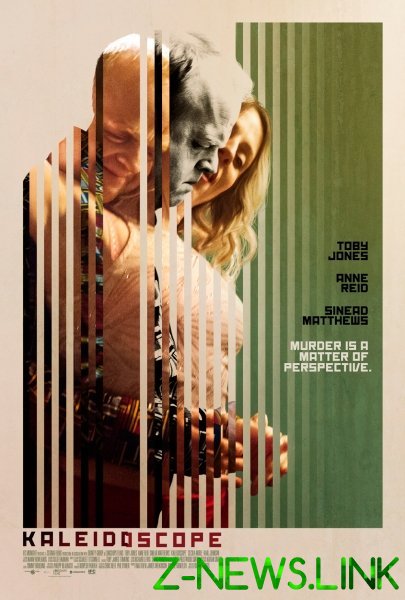