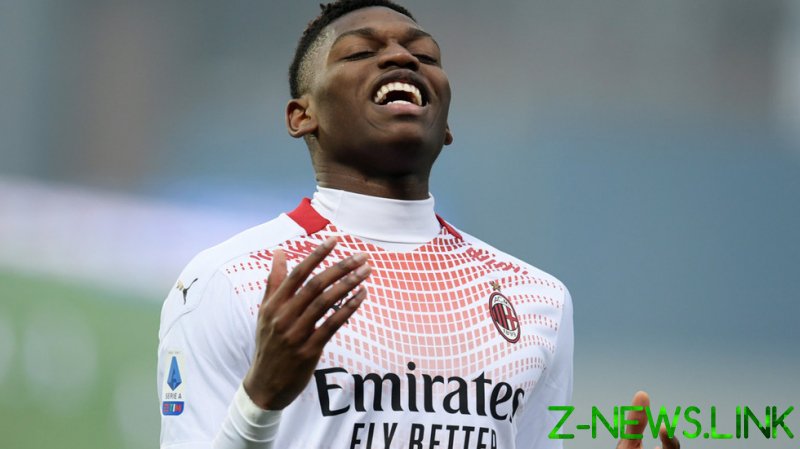 Leao struck just 6.2 seconds after kick-off when his canny run from the left flank was found by the advancing Hakan Calhanoglu, who played him through on goal before the 21-year-old slid the ball past goalkeeper Andrea Consigli.

The goal was soon confirmed as being the quickest-ever strike in the history of the Italian top flight, beating the previous record, set in 2001, when Paulo Foggi scored for Piacenza against Fiorentina after 8.9 seconds.

The rapid opener was soon noted as being the earliest strike ever scored in ANY of Europe’s top leagues.

Calhanoglu turned creator again 25 minutes later when he set up Alexis Saelemaekers for a second before Sassuolo – the surprise package in Italian football in recent years – salvaged a consolation from Domenico Berardi just before the final whistle.

The three points were enough for Milan to maintain their advantage over city rivals Inter at the Serie A summit, with Antonio Conte’s side also winning 2-1 against Spezia.

The game, though, will be best remembered for Leao’s sensational early strike – and it is a record which looks set to stand for some time.

Leao’s goal streaks to the top of the list of early strikes in Europe’s most technical leagues. Southampton’s Republic of Ireland striker Shane Long holds the Premier League record after he netted 7.69 seconds into a game against Watford last year.

Real Vallodolid’s Joseba Llorente has held the record for Spain’s fastest top flight goal since 2008, when he scored after 7.8 seconds against Espanyol, while Caen’s Michel Rio found the bet for Caen against Cannes with just eight seconds on the clock – a record which has been untouched since 1992.

As for the German Bundesliga, Bayer Leverkusen’s Karim Bellarabi holds the record for his 2014 goal against Borussia Dortmund, which came in a comparatively tardy 9.32 seconds.