Home / Video news / The journalist told about the sentiments of the inhabitants of the occupied Donbass. Video

The journalist told about the sentiments of the inhabitants of the occupied Donbass. Video 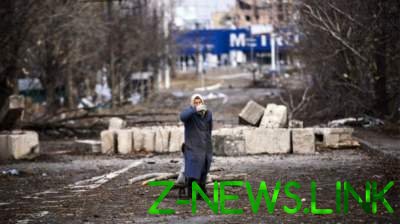 Although the inhabitants of the occupied territories and are angry at Russia and the rebels, they feel no love for Ukraine.

The population in the occupied territories of Donbass in the grip of despair and frustration, hating terrorist “DNR-LNR”, but not feeling the love for Ukraine.

This was told by the Donetsk journalist and the blogger Denis Kazansky in an interview with “Apostrophe”.

“The situation there can be characterized as despair and frustration, because people, of course, did not expect what happened. They offended. Wronged and angry, in principle, all parties to the conflict. Of course, they didn’t like Ukraine. It would be naive to assume that they are all right there are Ukrainian patriots”, – he said.

Kazan said that in 2014, the separatists did not want the existence of the breakaway republics on the territory of Donbass.

“They naturally hate DNR/LNR, because they never voted for it initially, it is not out in the streets. When they went to “referendum”, they explained that it was a “referendum” on joining Russia, someone said in General that this is a “referendum” on the federalization. But they didn’t expect they just turn into some kind of reservation,” explained the blogger.

However, although residents of the occupied territories and are angry at Russia and the rebels, they feel no love for Ukraine, says Kazan.

“I think this does not mean that they want to Ukraine. Many just want some stability, to end it all. Ordinary people just want someone to come – Russia, Ukraine, so at least some civilization. But in General, all Pro-Ukrainian people – not all, but most – went to Ukraine, left,” he said.