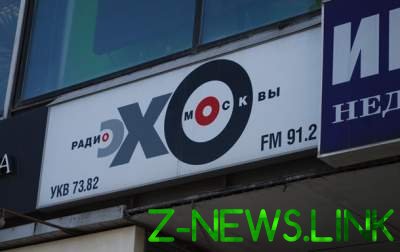 Venediktov afraid for the lives of their journalists.

The journalist of radio station Echo of Moscow Ksenia Larina was forced to leave Russia because of the air Pro-Kremlin journalist Vladimir Solovyov. This was stated by the chief editor of the radio station Alexei Venediktov.

“I made the decision to evacuate Xenia Larin and she will leave the country at least six months until she is guaranteed safety, because the next strike to the throat can be after this transfer of Solovyov. Other way to protect their journalists I do not have”, – said Venediktov.

See also:  Prepare your money: Parking in courtyards in Moscow can cost from 35 thousand

Note that in the air Solovyev on Vesti FM called “Liberals, why are you lying?”, deals with the publication Ksenia Larina on Facebook. The journalist published a photo of the attacker Tatyana Felgengauer in edition of the Echo of Moscow, which was signed this way: “Solovyev really wanted a beast. Who says, shut up their filthy mouths? There were volunteers.”

Venediktov said that Larina their programs will lead remotely.

In addition, the attack on the journalist of Echo of Moscow Tatyana Felgengauer Venediktov tied to the story on the TV channel Russia 24, which was aired on 11 October and was dedicated to the radio station. It talked about “the cooperation with Western NGOs” before the presidential elections of 2018. Venediktov stressed that in this story the journalists of Russia 24 “lied 17 times in seven minutes.”

See also:  Unknown stole a resident of Moscow, and demanded a large sum of money

Earlier it was reported that a man with a knife attacked the Deputy chief editor of Echo of Moscow Tatyana Felgengauer in the radio room.