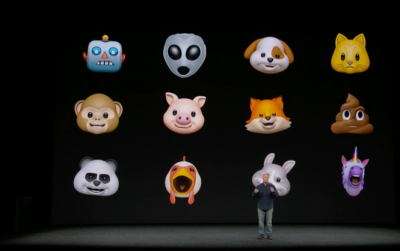 The Japanese company that owns the trademark Animoji in the United States, has filed a lawsuit against Apple for the use of the word.

The Tokyo-based company Emonster says that he registered the trademark in 2014.

The word Animoji the head of the company Emonster Enrique Bonansea used in the title of your app “Animoji — Free Animated Texting” messaging. This app is available in the iTunes store in 2014 and allows cyclic send animated emojis, which are similar to gifs.

See also:  iPhone 8 will have a version of "mirror" design

The plaintiff claims that Apple knew that Animoji trademark owned by Emonster. The application of the Japanese company is in the Apple Store, and Apple even tried to buy the trademark, but were refused.

According to 22 October Apple has not commented on media reports about the new lawsuit. However, it is noted that a month ago, Apple has filled a petition for cancellation of trademark registration Animoji.