Home / Video news / The invaders shelled a residential sector of the Town. Video

The invaders shelled a residential sector of the Town. Video 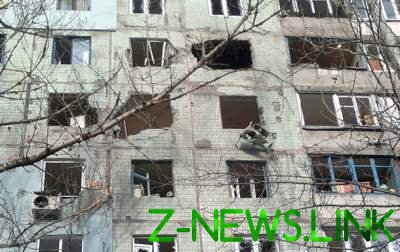 Avdeevka residents of a powerful attack by fighters: a long time was not.

Yesterday, on October 28, militants fired at the houses of the old Town. Reported by the Military TV.

Due to hit by a grenade from the automatic easel grenade launcher was partially destroyed roof summer kitchen at the address Nekrasova street 127 and entrance gates.

See also:  Putin arrived at a jazz festival in the Crimea. Video

“Every night slightly wham-wham. But it doesn’t react, but last night really escalated,” said one of the residents of the Town.

According to another woman, Helena, was very frightened child in the shelling.

“Was very frightened, we were in the house, the child was frightened, it was very scary,” she said.

According to her, such a powerful fire long gone.