Home / WORLD / The internet once offered a promise of free speech for everyone; Big Tech has since turned it into a prison

The internet once offered a promise of free speech for everyone; Big Tech has since turned it into a prison 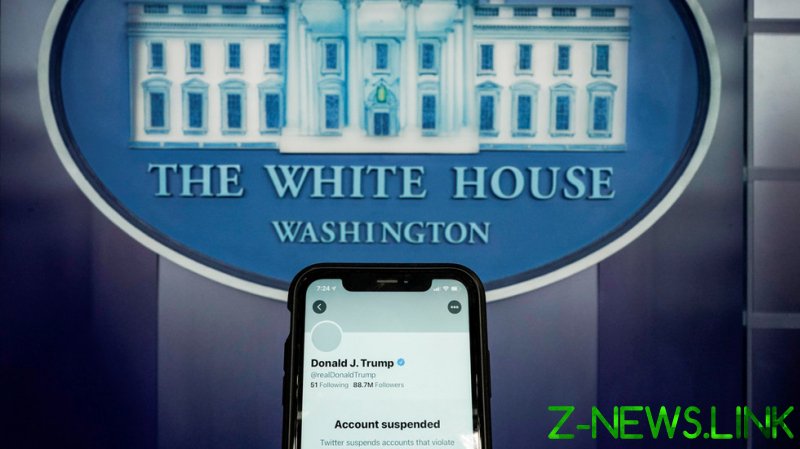 Wednesday’s decision by Facebook’s “oversight board” – a transparent attempt to outsource responsibility for censorship to an international committee – to extend the ban on 45th US President Donald Trump is just the latest example, but by no means the most egregious. Earlier this week, the banhammer descended on RT’s digital project Redfish over posts criticizing… Italian fascist leader Benito Mussolini and the Holocaust, of all things.

How did it come to this? Years ago, in an argument over media censorship, I had brought up the internet as the modern version of the AK-47. While the European colonial armies were able to conquer Africa in the 19th century, using machine guns and repeating rifles, they became unable to hold it once the Kalashnikov automatic rifle put the peasants in places like Congo, Angola and Vietnam on equal footing with Western armies seeking to keep them down.

Or, if you want a more peaceful metaphor, it was the promise of open pasture extended to people who had previously been treated like cattle, penned up in factory barns and fed slop from a trough.

That was in March 2011. Facebook, YouTube and Twitter were already around, but they were challenging the gatekeepers and offering their platforms to the common people like myself. In 2016, everything changed. That was the year Trump was able to bypass the corporate gatekeepers, using those platforms to speak to the American people directly.

Having consolidated the internet between them, and under pressure from politicians they already supported, the corporations running these platforms began censoring content and users – first gradually, then suddenly. The pretext for this was “Russiagate,” the conspiracy theory pushed by Democrats and their corporate media allies to explain Hillary Clinton’s 2016 fiasco, delegitimize Trump’s presidency, and – as it turns out – justify censorship.

As demonstrated by the recent example of Twitter’s clash with Russia over illegal content, or Facebook’s standoff with Australia over paying for news, these mega-corporations aren’t opposed to censorship or committed to property on principle. Rather, their only “principle” is the Who-Whom reductionism, a world in which they and those they agree with can do no wrong, while anyone else can do no right.

The long march from banning Alex Jones in 2018 to banning the sitting president of the United States in 2021 was completed with surprising alacrity. The collusion within Silicon Valley to ban Trump on the blatantly false pretext of “inciting insurrection” on January 6 may have been the political Rubicon, but Big Tech had begun putting their finger, fist and even elbow on the political scales long before.

Does banning the New York Post over Hunter Biden ring any bells? How about the “pre-bunking” of the 2020 election outcome, arranged by Democrat activists more than a year prior? It’s in the infamous February TIME article, the one about the heroic “fortifiers” of the “proper” election outcome, buried among other bombshells and easy to miss. There was also Facebook CEO Mark Zuckerberg literally donating millions to Democrats in certain key cities and counties, to help collect and count mail-in ballots. The list goes on.

“But my private company!” facetiously proclaims the brigade that literally cheered Barack Obama’s “you didn’t build that” speech just a few short years before. Corporations shouldn’t be people, no one is above the law, Citizens United is bad – except when it helps us get into power, in which case it’s just fine, carry on.

These are the same “experts” on the US Constitution who believe the Second Amendment applies only to muskets, the First only to the government, the Fourth is optional, the Fourteenth trumps all of them, and the Tenth is vestigial and doesn’t apply to anything.

Believing that “American values” ought to apply to businesses incorporated in the US, under protection of US laws – Section 230, looking at you here – and benefiting from US power when muscling governments abroad is downright quaint, considering these companies don’t actually care about that constitutional republic, but back Our Democracy that has replaced it instead.

I still think I was correct in 2011, arguing that the internet had broken the information monopoly of cable channels and newspapers. The plummeting ratings and newspaper revenues have borne that out. Unfortunately, Big Tech figured it out as well – and succumbed to the temptation to turn the promise of open pastures into the very factory farms it was supposed to replace.

Now we’re not just back to eating slop from the corporate trough, but everything we’ve said while believing in freedom has been harvested and can and will be weaponized to “cancel” us at any time. One might call this called techno-feudalism, except the overlords have no obligations and the serfs have no rights.

Way back in 2019, Trump had tweeted a meme: “In reality, they’re not after me, they’re after you. I’m just in the way.” Can you honestly say now that he was wrong?