Home / business / The interior Ministry said, as border guards were killed in the Donbas

The interior Ministry said, as border guards were killed in the Donbas 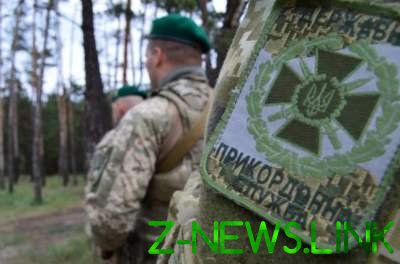 Since the beginning of ATO in the Donbas killed more than 2.5 thousand troops, among which 69 guards.

Since the beginning of the antiterrorist operation in the Donetsk and Lugansk regions have lost 69 servicemen of the State border service of Ukraine, the press service of the Ministry of internal Affairs.

“The war claimed the lives of 69 defenders of the border. 428 guards were injured, in which 35 of them have lost or partially lost work capacity. Another five soldiers were missing,” – said the first Deputy head of frontier service Vasyl Servatus Friday, October 6.

About 30 guards injured, the President noted mark of distinction “For participation in the anti-terrorist operation”.

Since the beginning of the ATO insignia got 250 soldiers of the gpsu.

In July, the state border service reported 67 deaths during the ATO soldiers. Gpsu serious losses suffered during attacks Zelenopolya the Russian “Grad” from the territory of the Russian Federation of 11 July 2014. Then killed seven Ukrainian border guards, five were injured.

Earlier, the Ministry of defense of Ukraine reported that for the three years in the Donbass killed 2 military 652 thousand and 9 thousand 578 defenders of Ukraine were injured varying degrees of severity.