Home / business / The interior Ministry has a development strategy

The interior Ministry has a development strategy 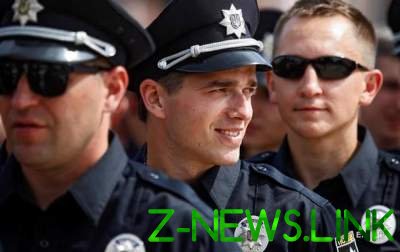 The interior Ministry had a plan of development to 2020.

The Cabinet of Ministers at today’s meeting approved the development strategy of the Ministry of internal Affairs until 2020. About it at himself in Facebook according to the interior Ministry.

“Within six months, representatives of the Ministry of internal Affairs, together with foreign experts and the public worked on the text of the new document. The strategy underwent a process of open, public discussion. Residents of all regions of Ukraine had the opportunity to make proposals for the further reform of the interior Ministry”, – stated in the message.

It is noted that the Minister of internal Affairs Arsen Avakov said that a significant part of the provisions that were laid out in the document have been implemented.

“We have identified our next targets. Стратегия2020 is a logical continuation of the initiated changes. Identified areas will enhance the role of law enforcement in society, strengthening contacts with the population, the implementation of new approaches and views on our work with the priorities of service functions,” he said.

In turn, the Deputy Minister of internal Affairs Tatyana Kovalchuk noted, in 2014, MIA was able to distinguish between the role of political governance and professional activities. “A Central Executive authority, the National police, and formed a National guard,” she added.