Home / policy / The ideas of the Enlightenment reached the Ural mountains

The ideas of the Enlightenment reached the Ural mountains 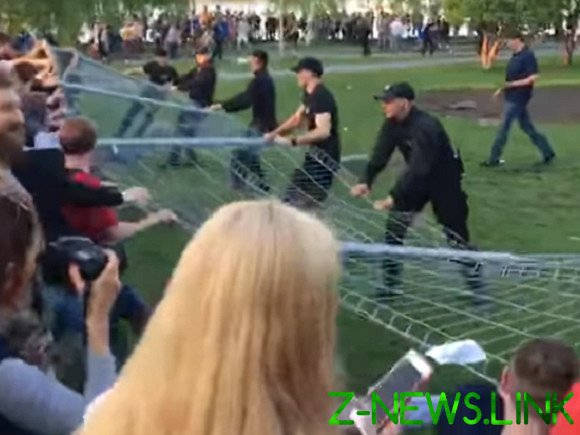 Looked in Russian news: in Ekaterinburg — an old Royal city founded in order that the king always had swords, guns and rifles for his wars, — the petty bourgeoisie rebelling against the construction of the temple. Apparently, the ideas of the Enlightenment and humanistic atheism reached and the Ural mountains. With the publication of the letters of Immanuel Kant “What is Enlightenment?” it took only 200 years. Not so slow, given the specificity of the region.

Townspeople beat a strong athletic guys. Judging by their faces, it is the peasants from the surrounding villages, dependent on their landlords. And the serfs working with the Royal military factories. Children of peasants and workers chanted the slogan “We are the temple! We are at the temple.” The police do not prevent them from beating the Philistines.

See also:  Waterfall of mud in the mountains of Dagestan. Video

They write that the team was to show the world how Russian people love God and the King, and how despised the burghers and their rotten Education. In this case the gendarmerie have a training manual from the time of Nicholas the First.

If I was 16 and it was my first contact with the Russian news, I would excitedly read texts about all of this. Unfortunately, my beard has gray hair, and I know that the news in Russia is not changed for five centuries. First time is interesting, but in the thousands no.

See also:  Poroshenko announced the date of the vote on the visa-free regime

Shut down Russian news, included the Estonian: did you know that Estonians are dissatisfied with the quality of coffee in the morning ferry from Tallinn to Helsinki? Here are scoundrels.