Home / WORLD / The idea that America ‘won’ the Cold War has made Washington believe only supremacy can bring peace. Now, that’s causing problems

The idea that America ‘won’ the Cold War has made Washington believe only supremacy can bring peace. Now, that’s causing problems 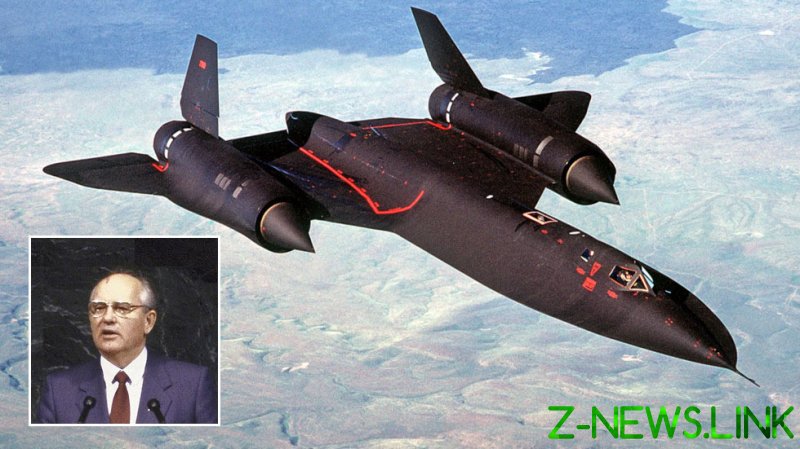 Now, recent efforts by Putin and his US counterpart, Joe Biden to develop stable and predictable relations are being weighed down by long-running questions over how the last major cycle of tensions ended. Who won, who lost, and who is reneging on the deals struck?

By failing to address the underlying sicknesses driving current tensions, Moscow and Washington are stuck simply treating the symptoms. Both sides’ inability to agree on why the Cold War ended is behind their present impasse over how to live together in a post-Cold War era.

When did the Cold War end? Some say 1989, with the fall of the Berlin Wall. Others insist it wasn’t until 1991, when the demise of the Soviet Union was cemented.

Disagreements over this basic question are a source of continued hostilities between the US and Russia. If the decades-long standoff ended in 1991, then Russia can be viewed through the lens of a nation trying to challenge the outcome. However, if the Cold War ended as a negotiated outcome two years prior, then NATO expansionism is a revisionist policy and a betrayal of the peaceful status quo.

Gorbachev’s “new political thinking” aimed to end the long-running rivalry based on the simple principle that one nation’s security could not be achieved at the expense of another nation. By abandoning notions of security through dominance, the Soviet Union could reduce its military power and thus expect that the West would reciprocate.

During his UN speech in 1988, these words were turned into action, as Gorbachev announced that the Soviet Union would unilaterally demilitarise, reducing its forces by 500,000 troops, with the withdrawal of 50,000 soldiers from the states of the Warsaw Pact.

Then, at the Malta Summit in December 1989, Gorbachev and Bush declared the Cold War had come to an end. Drawing a line under the conflict was sold as the result of a negotiated peace, rather than there being one victor and one loser. President Bush even instructed his administration not to dance on the ruins of the Berlin Wall to avoid provoking Moscow and unravelling the peace.

Two years later, in December 1991, the Soviet Union collapsed and the narrative quickly changed. One month later, in January 1992, President Bush declared in his State of the Union Address that “the Cold War didn’t ‘end’ – it was won… By the grace of God, America won the Cold War.”

The implications of the victory were also made explicit by Bush, who said that “we are the United States of America, the leader of the west that has become the leader of the world, and as long as I am president, I will continue to lead in support of freedom everywhere.” With a severely skewed balance of power, modesty was replaced with hubris.

Jack Matlock, the last American ambassador to the USSR, was taken aback by the changing narrative. After negotiating the end of the Cold War, Matlock warned that “mythmaking began almost as soon as the Soviet Union fell.” The former envoy warned that “too many American politicians looked at the end of the Cold War as if it were a quasi-military victory rather than a negotiated outcome that benefitted both sides.” He feared that the wrong lesson was learned and would contribute to an American political culture that believes peace is only achieved through military power and victory rather than compromise and diplomacy.

George Kennan, the author of the ‘Long Telegram’, which introduced the concept of ‘containing’ Moscow in 1946, went on to express his contempt over half a century later due to the fact his original containment strategy was being prolonged past its natural life with the expansion of NATO. “I think it is the beginning of a new cold war,” he said. “There was no reason for this whatsoever. No one was threatening anybody else. This expansion would make the Founding Fathers of this country turn over in their graves… Of course there is going to be a bad reaction from Russia, and then [those expanding NATO] will say that we always told you that is how the Russians are – but this is just wrong.”

Former US Secretary of State James Baker similarly cautioned in 2002 against using NATO as a security guarantee for possible future conflicts with Russia. This, he felt, would become a self-fulfilling prophecy. “The best way to find an enemy is to look for one, and I worry that that is what we are doing when we try to isolate Russia,” he said.

How one war ends, another starts

Three decades after Bush’s belligerent 1992 State of the Union Address, American ideas of the role their country should play in the world have hardly changed. The Cold War was “won” and the US is forever more the leader of the world. Washington’s mission, so this doctrine goes, is to “lead in support of freedom everywhere,” cementing its hegemony.

In line with Gorbachev’s “new political thinking,” Moscow continues to fiercely reject this concept of security through dominance and the US’ use of ideology to exempt itself from international law. Much like Kennan predicted, Russia aims to counteract American revisionism and expansionism that undermined the 1989 principle of a negotiated peace. Washington interprets the Russian challenge to US hegemony as revisionism and a threat to liberal democratic norms that undermines the peace achieved.

Those currently working on both sides to repair the seemingly vast gulf in relations between Russia and the US would do well to remember their history – and the fact that they may not even agree on the fundamentals.