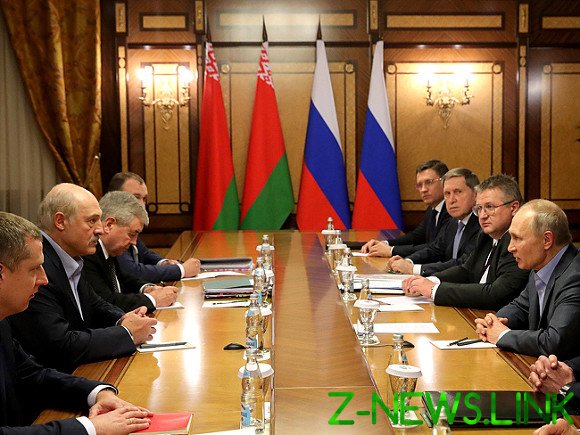 Forecast for the development of the situation in Minsk and Belarus is negative. The protest potential of mass discontent, the weariness of the regime is obvious. As outrage from clumsy and clumsily held a vote, where the desire to push, to push the Leader at least a carcass, even stuffed added energy protesters. But the lack of coordination, clearly defined leadership at this stage leads to aimless wandering opponents of Lukashenka. Power, even psychologically inferior, uses it, and the energy of the masses will be wasted.

The lack of leadership was good at an early stage, creating a situation where certain preventive arrest, looking for, no one to push. The sea, of course, possible to carve, but it’s the use of it will not. Now, however, conventional marine element as overflow for the night, and leave.

Shocks that are able to expand the event, may be either the beginning of the transition of the security forces on the side of the protesters that will start a chain reaction and break the repressive apparatus; or the sudden appearance of a coordinating headquarters, and beyond the reach of representatives of the state security; or, it’s very unlikely that a mass exit to the street on the right most part of the population — not tens but hundreds of thousands of people, and across the country that will prevent the concentration of forces in one or more decisive points.

The result at the moment seems to suppress the protests. Difficult, perhaps bloody, but suppression.

Lukashenko will get a reprieve for a few more years, but at what cost…

The results of the overtures to the West, which he regularly exercised will be cancelled. After these elections, and ahead still and the inauguration, about any dialogue with him is out of the question maybe even omnivorous trump. China, for which he recently desperately grabs, far away, and the ten-million country in the heart of Europe, Beijing is not too interesting.

Remains Moscow, which will use all backintyme penalties — and undermine the credibility, and the dramatic reduction maneuver, and the apparent impossibility of more to be called “national” leader. So the idea of Imperial revenge and absorption of Belarus will gain a second wind.

Only I would like to ask a question native Imperials: if the Belarusians now react so to her, albeit unwelcome, leader, what answer to expect from them in the case of the Minsk Governor from Moscow, especially after the destruction of their independent state? You yourself blind pride and Imperial greed trying to drag the borders of Russia another bomb, poison pill, like the Baltic States and Western Ukraine, who protest its potential brought the demise and collapse of the Soviet Union. Not every piece is worth to eat, especially to swallow, since not every piece can digest…