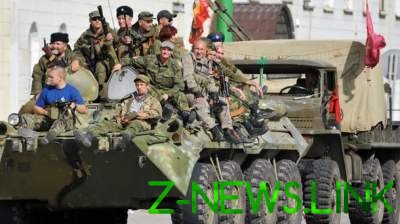 Training of mercenaries recruits are on the territory of Russia

The Russians are being recruited to participate in the fighting in Eastern Ukraine or directly on the streets or through military.
This was stated by the founder of the organization “Cargo-200 from Ukraine to Russia”, Russian human rights activist and oppositionist Elena Vasilieva.

According to her, training of mercenaries recruits are on the territory of Russia.

“One of the open methods of tents in Moscow, St. Petersburg and other cities, which encourage people to go volunteer. Give them a contact number they received training in Russia, and then send them to the Donbass,” – said Vasilyev.

The human rights activist noted that another way – call through the military on the so-called retraining.
“A lot of these cases”, she explained.

Recall, 7 October, the head of the security Service of Ukraine Vasily Gritsak has spent a briefing on which has told about the facts of Russian involvement in the war in the Donbass. According to him, the SBU established the involvement of Russian private military company “Wagner” to the fighting in Ukraine and Syria. The leader of a group of mercenaries Dmitry Utkin, call “Wagner”. Group “Wagner” is one of the largest private military companies in Russia. All the details can be read here.

As reported October 9, Russian President Vladimir Putin has signed the decree about modification of Position about an order of passage of military service. According to the document, the Russian mercenaries and foreigners are allowed to fight abroad.