Home / phones / The HTC U11 Plus show in early November

The HTC U11 Plus show in early November

HTC decided on the date of the announcement of its new flagship smartphone U11 Plus, which has every chance of being forgotten immediately after the show, as happened with the original U11. The presentation will take place in two weeks, at the beginning of November 2017 and the development of the unit will make the hand of Google, which recently owns HTC. 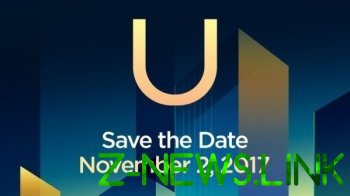 According to rumors, the upcoming HTC U11 Plus will be slightly modified flagship Google Pixel 2 XL, which worked LG. If so, Russians will have a chance to buy this Pixel on a legal basis, since the goods under its own brand Google in our country do not want to sell. Smartphone HTC U11 Plus credited with a 64 or 128 GB and 4 or 6 GB RAM, camera 8 and 12 MP front and back respectively and Android 8 has already been out of the box.

The basis will be already bored Qualcomm 835 from among the top and the screen stretched to the aspect ratio 18:9 and a diagonal of 6 inches, and the resolution it will support is quite high – 2880х1440 pixels. Show HTC Plus U11 will take place on 2 November this year, and I want to believe that the smartphone will receive an adequate price tag, although all HTC products over the last few years the right price was no different.