The hottest point of Donbass November 5 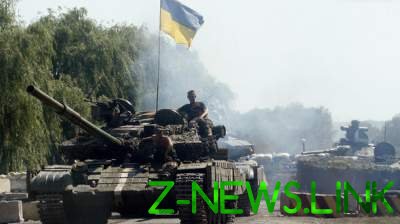 In the East of the country has been simmering confrontation.

The militants over the past day fired 25 times position forces ATO, in response to the Armed forces of Ukraine 17 times opened fire on defeat, the confrontation resulted in the 1 Ukrainian soldier combat trauma reported in the press service of staff ATO.

“In the last days the situation in the combat area has not undergone significant changes. The militants continued firing provocation actually along the line of demarcation, a single using mortars of different calibers”, – stated in the message.

So, the direction of Lugansk illegal armed groups fired 120-mm mortars near Novoaleksandrovka. And 82-mm mortars were used by the Crimean and Novotoshkivske. In addition, in the afternoon, the shelling of positions of Ukrainian troops near Novozvanovka, received a combat injury of one Ukrainian soldier.

On the outskirts of Donetsk, in the evening and night fighters three times from infantry weapons and mortars were fired at the strengthening of the APU from Zaytsevy. And weapons, infantry fighting vehicles used near Popasnaya.

In the coastal areas under the fire of heavy machine guns and small arms militants appeared at the position of the Ukrainian army in the area of Starohnativka and Pavlopol.