Home / policy / The hospital of the defense Ministry in Ulan-Ude, put Putin, were unfinished 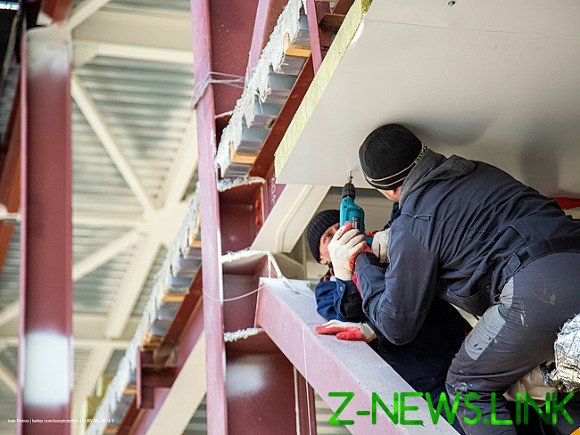 Medical center of the defense Ministry in Buryatia, intended for patients with coronavirus, was unfinished, although the military reported to the President of the Russian Federation Vladimir Putin on the commissioning of the facility, writes, “Taiga.Info” with reference to the Deputy of people’s Khural of Buryatia Bair Tsyrenov.

According to the MP, the hospital, the completion of which was announced by the President via video link on may 15, is still not commissioned. Inside the building continue finishing work, equipment not installed. The MP said on his page on the social network Facebook.

Tsyrenov said that preparing queries on the facts statements which can be considered false, in particular on the inspection of the acts of transfer and acceptance and other documents associated with the delivery of the object.

The publication notes that on the surrender of the hospital officially declared the head of Buryatia, the Secretary regotdeleniya “United Russia” Alexey Tsydenov. The story about his discovery showed “the First channel” and TV channel “Russia”, but in the video, the building was shown only from the outside. Initially, the medical center in Ulan-Ude was expected to be completed until 30 April, later dates were shifted to 15 may due to the outbreak of the coronavirus in the facility during construction.