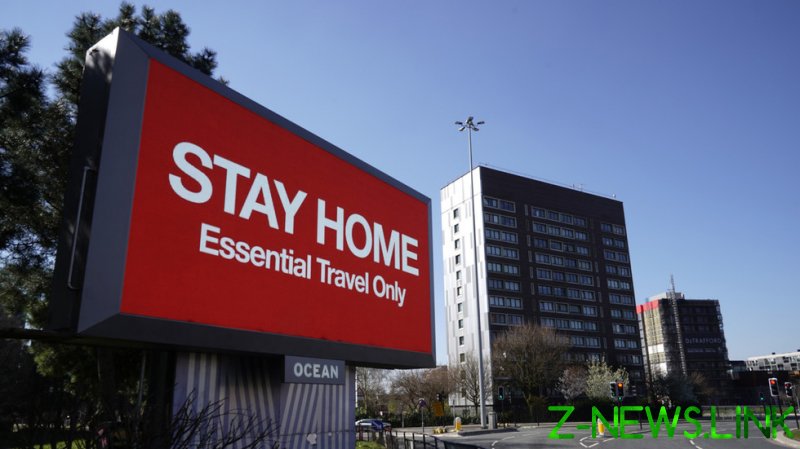 Britain is in turmoil over Boris Johnson’s controversial lockdown rules and regulations. There’s been a huge cost to the economy. Unemployment figures have soared, and many businesses have gone to the wall. Families are struggling to buy food, and for thousands the future looks bleak.

But those are the lucky ones.

Research shows that lockdown measures driven by the pandemic could mean up to 75,000 will diefrom non-Covid causes. The death toll first began to rise when people took the ‘Stay at Home’ message literally earlier this year and avoided going to hospitals even if they required attention. Operations were then cancelled due to worries about the spread of Covid, routine screening appointments were scrapped, and academics predict the recession will also have a significant impact on the nation’s health.

Professor Chris Gale from the University of Leeds said: “The indirect death toll may well end up surpassing the direct toll of Covid.”

The situation also looks bleak for the upcoming winter, with Health Secretary Matt Hancock claiming cancer treatment can only be guaranteed if Covid-19 “stays under control.”

While the statistics themselves are horrifying, the situation becomes much more personal and difficult to face when we consider the individual lives that have been claimed. It began with the death of Kelly Smith, whose tragic case rose to prominence early on in the pandemic.

The 31-year old succumbed to bowel cancer but had posted poignant video clips online detailing her battle. She said: “It’s in my lung, it’s in my liver, it’s in my brain.”

And then, crossing her fingers, she added: “Chemotherapy – we’ll see what it does.”

On the day the first lockdown began (March 23), Kelly’s treatment was paused for 12 weeks. Describing the news, Kelly explained: “I had gone in and she had told me about the great scan results and said, ‘I think now because of the Covid, it’s a good time that we could afford to take a break.’

“She said three months and I challenged it, and I didn’t want it, I was like, ‘I don’t think it’s a good idea.’ And I said, ‘I’m not happy with three months, can we do a blood test halfway through? If we do that, then we’ve got a good idea of what’s going on.’”

During lockdown, the cancer progressed and then Kelly was informed nothing more could be done. When asked if she felt the same thing would have happened without lockdown, Kelly said: “I don’t think I’d be in this position. I’m angry at Covid because it’s made me have this six-week break, it’s made me be put into this situation now. I don’t want to die.”

Kelly passed away on June 13.

A petition calling for the government to take action, supported by Kelly’s parents, has received over 314,000 signatures, with the numbers rising rapidly.

However, away from the spotlight, there are many other cases happening in towns and cities across Britain. RT connected with two families to hear their stories about how Covid has caused them pain and suffering.

John Morrall spent the majority of his working life, along with many other men, toiling away for car manufacturer Rover. He was based at their famous factory in Tyseley in Birmingham. After leaving the production line behind, he switched paths and found employment as a gardener. Sadly, the latter part of his life was melancholy, following the loss of his beloved wife Janet 22 years ago. 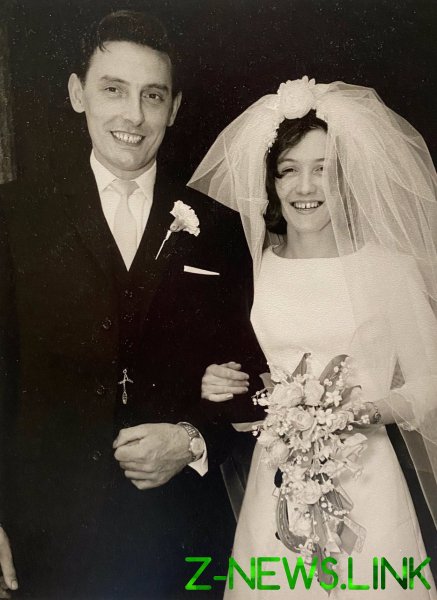 Happier times: John Morrall and his wife Janet on their wedding day in 1968 ©  Handout

His daughter Jackie said: “He never really got over that, but my eldest daughter kept him sane as she was only one, and he looked after her for me.”

At the start of 2020, John was dealt a blow after being diagnosed with bowel and liver cancer. Doctors evaluated his condition and decided to fit him with a stoma bag, so he could begin chemotherapy and tackle the cancer.

It was expected to prolong his life by another year and a half.

Jackie explained: “He struggled to get to the pre-op, it quite a long walk from the car park. Only to be told the operation was cancelled when he got there.”

Stunned by the news, the grandfather returned home and, with no treatment due to the Covid delay, the cancer ravaged John’s body. He died on April 25, aged 86.

An emotional Jackie said: “It was heart-breaking, and I blame the government because I would have had another 12-18 months with him. All lives matter, not just those with Covid.”

Tragically, her brother also died suddenly from heart failure around the same time, so the family had a joint funeral for father and son. Again, due to Covid regulations, they had to abide by the restrictions and only six people were allowed to attend. Angry and grieving, Jackie added: “The one thing I want to tell our government is, ‘stop playing God.’”

Dave Law is still in the middle of his family’s Covid nightmare. Last December, his mother Georgina from Colchester, Essex was found to have Stage 2 bladder cancer. She began a nine-week course of chemotherapy in January, and after a rest period she was due to go into Norwich Hospital to have her bladder removed and a full hysterectomy.

Dave explained: “However, Covid happened, and mum’s operation was cancelled. Her only option from the hospital where she was being treated was to accept a course of radiotherapy and more chemotherapy, but throughout this course of treatment she was allowed no one to accompany her and had to go through the whole process alone.”

There were initial hopes that this new post-Covid plan may work, as the tumour in her bladder shrank. Sadly, though, it had penetrated her bladder’s wall and spread to her lymph nodes. From there, it moved onto her liver and lungs. Georgina’s cancer is now Stage 4 and doctors expect her to die within 12 months.

Dave said: “She went from encouraging signs before Covid, with an operation looming. Mum was going to take the operation because, although it was invasive and would represent a change personally in her life, it was the best option to avoid the cancer spreading. There’s been no clear direction from the government, they have suspended potentially life-saving operations and gambled with my mum’s chances of it spreading. The government has let people down, they only seem to care about the economy and not the real impact on people’s health, and those in need.”

Georgina is 61 and worked for many years in high-street supermarkets Tesco, Co-Op and Sainsbury’s. She also used to make clothes, and had a spell as a childminder. Away from work, she enjoyed knitting and sewing.

The thing closest to her heart, though, is her five grandchildren. Tragically, Georgina won’t get the chance to be at their weddings or see how their lives unfold.

Dave revealed: “Mum is a loving person, so caring, and would do anything for anyone in need. Despite battling with rheumatoid arthritis, she always put others first. But her grandchildren are her world; she was looking forward to seeing them growing up, and now she’s been robbed of that chance.”