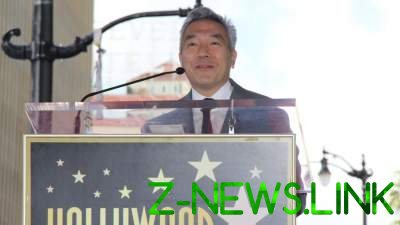 He promised the actress the role in exchange for sex.

The head of Warner Brothers Kevin Tsujihara left the post after allegations that he promised to help with a career 21-year-old actress in exchange for sex. This was reported by CEO of the holding WarnerMedia John Stanko.

“In the interests WarnerMedia, Warner Brothers, all of our employees and our partners Kevin resigns as Chairman and chief Executive of Warner Brothers. For 25 years Kevin has made a great contribution to the success of the company, and we are grateful”, he said.

See also:  In Kharkov happened on a major language scandal

It is noted that Tsujihara “admitted their mistakes” and expressed regret. Who will take his post, is still unknown. Tsujihara nominated to head the new division WarnerMedia for the preparation of entertainment programmes for young people.

The head of Warner Brothers was accused of cheating on his wife with British actress Charlotte kirk, known for the films 8 friends of Oushena. Media published the correspondence of the head of the film company and the actress that they made in 2013. From the message followed that of Tsujihara promised kirk part in the shooting in exchange for sex.

See also:  The scandal around the Russian star in the annexed Crimea: fresh details