Home / economy / The head of the ARB spoke about fugitive bankers in London: they “brought” the situation on the market

The head of the ARB spoke about fugitive bankers in London: they “brought” the situation on the market 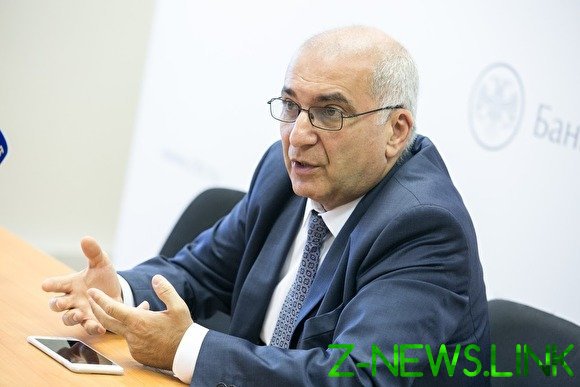 The head of the Association of Russian banks (ARB) Garegin Tosunyan during a visit to Yekaterinburg told reporters on fugitive bankers, actions which, in his opinion, partly caused by problems in the banking sector.

“Bankruptcy, reviews of licenses and all of these allegations in the withdrawal of funds abroad — of course, it is not necessary to justify, but you have to understand why they (the bankers, Znak.com) act as lead. Why they use every opportunity to withdraw from the market [they added], even so, ugly. Those who were now in London, among the outcasts, I know them. This is not the bandits. Basically, these are people, quite honestly worked and was respected, and the Central Bank [including], but brought to a certain state. I’m not making excuses for them, everyone needs to understand when one moves outside the legal field. But they are to some extent saw as such, the market seems to be, but there is only a market with state participation and it is actively under the care of all crushes”, — said the head of the ARB.

According to Tosunyan, the banking market monopolisitc, income in the banking sector are distributed unevenly. Many now seek to withdraw from the banking business, but to make this problematic, as it is difficult to sell the Bank for good money, as it was before the 2008 crisis. “We say that we have a lot of profit growth of banks. But when we see the structure of this profit, we understand that we have a stratification not only in society but also in the banking system. We have almost new nobility appears in a society that is beginning to pass on from generation to generation, their elite expertise. It’s not normal for a modern, civilized society. This can afford North Korea, and we are still a European country. And this is a problem not only for society as a whole, it and banks is also a serious problem,” said Tosunyan.

Among other problems of the banking system, the head of the ARB called stagnation. “Today’s monetary policy provides for five years guaranteed stagnation. If today we do not create the conditions for investment, we provide a stagnation for five years. That’s a concern. As the economic condition of people’s lives,” he said.