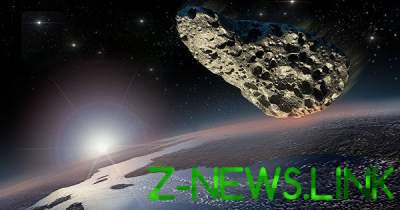 NASA confirmed the approach of the “God of Chaos”.

The head of NASA Jim Breidenstein said that the threat of an asteroid attack becomes all the more urgent for the inhabitants of the Earth. And we’re not talking about the plot for a Hollywood blockbuster.

There is reason to assume that this problem will increasingly remind myself. Meteorites, which can destroy an entire US state, represent a real threat to the Earth, warned the head of NASA, speaking at a conference on planetary defense in Washington (DC). According to him, while these warnings are not taken seriously.

“We are not talking about Hollywood, not movies, but to ultimately protect the only planet suitable for life is known among us,” he said.

Bridenstine reminded of the Chelyabinsk meteorite that fell in 2013, then injured more than 1,5 thousand people. He noted that according to the findings obtained through scientific modeling, typically these events occur once in 60 years.

However, over the past 100 years it already the third similar case.

“I would like to tell you that these events are extremely unique, but it is not, – said Bridenstine. – These events are not uncommon. We need to be sure that we correctly evaluate, discover, and track all near-earth objects that may pose a threat to the world.”

Breidenstein recalled that the us government has mandated NASA to find and track 90 percent of asteroids of diameter greater than 140 metres. Now these objects in space, there are about 25 thousand, but catalogued only a third.

“We want to have more international partners. We want to be on the surface of the Earth had more systems that can detect and track these objects, and we want to be able to transfer all that data in a single operating system,” he said, adding that would not want humanity to suffer the fate of dinosaurs.

“The dinosaurs had no space program. We have it and we must use it” – said the head of NASA.