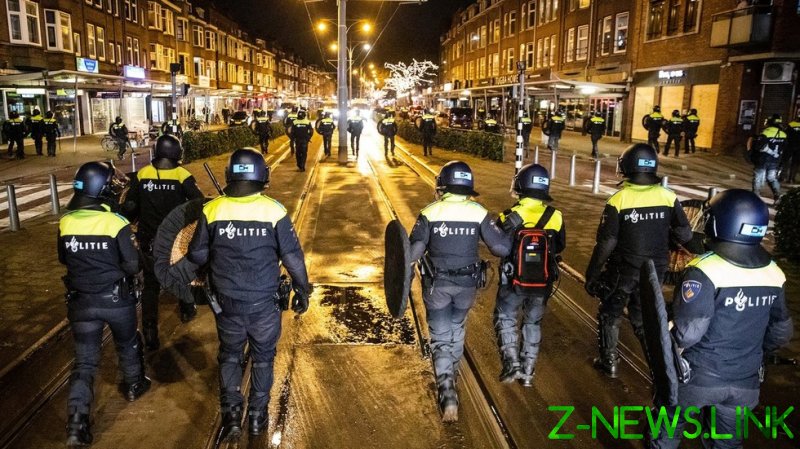 In a statement, The Hague declared that the government’s use of the Extraordinary Powers of Civil Authority Act – an emergency act which allows the state to bypass the legislative process to impose a curfew in “very urgent and exceptional circumstance” – was not justified in this case during the Covid-19 crisis.

“The Preliminary Relief Judge ruled that the introduction of the curfew did not involve the special urgency required to be able to make use of the [act],” the Hague continued, noting that the government had had time to discuss such a curfew beforehand, before ruling that “the use of this law to impose curfew is not legitimate.”

The country’s Justice Ministry says it is now studying the ruling.

After the Dutch government imposed the curfew on January 23, citizens were legally required to stay home between the hours of 9pm and 4:30am unless they had a valid excuse, and they were warned that they could face fines if they refused to do so.

Valid excuses to go outside during the curfew included emergencies, essential work, to seek medical assistance, and to walk a dog on a lead.

The Hague’s decision was made after a group known as the Virus Truth Foundation filed a lawsuit arguing that the curfew was an infringement on human rights and the Dutch constitution.

The Netherlands experienced several nights of rioting over the curfew, which resulted in burnt cars, looted business, clashes with police, and hundreds of arrests.