Home / WORLD / The growing virus of inequality under Covid will fuel popular rebellions across the world – and, sadly, an authoritarian backlash 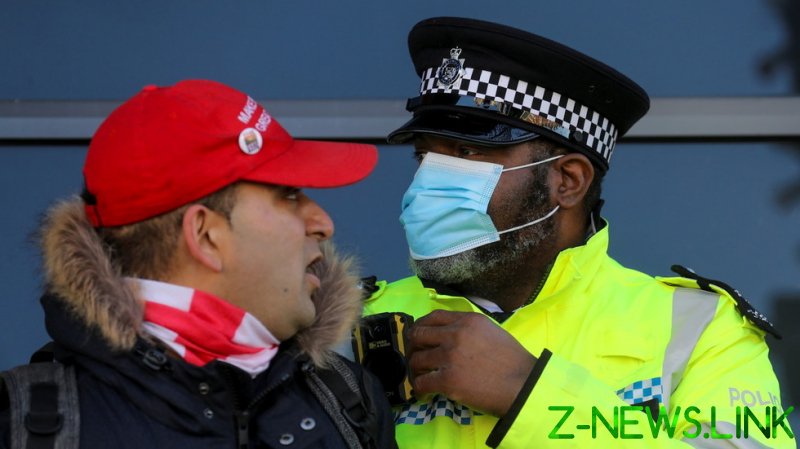 There’s a sense of some relief in the UK that the Covid-19 year of lockdowns, illness and industrial-scale death tolls that have seen our health care services overwhelmed may finally be coming to an end.

Even a Tory-hating cynic like me has to grudgingly admit that the country’s vaccination programme has been a success. The sheer numbers of people getting the jab – 20m-plus as of the start of this week – has been impressive. It has started to open debates about possible summer holidays, travelling to see family, even going to festivals and gigs – a welcome silver lining.

But the rhetoric coming from the government that better times are on the way is just political BS. The hope of a brighter future is misplaced. There are some dark storm clouds of reality moving in at a fast pace that may well be more deadly that the virus: the spectres of growing global inequality, of widespread poverty and mass unemployment, and of the vast majority of us being under the control of an emboldened elite that through the pandemic has increased its wealth, power and political influence.

Research shows that those who were already rich have increased that wealth exponentially, while those who were at the bottom have sunk even lower. An Oxfam report earlier this year showed not only that wealth inequality was deepening and becoming more entrenched, but also that policies enacted by governments around the world have resulted in giving even more billions to the super-rich while denuding the poorest.

In Britain, we have a great deal of research and data on how the pandemic has affected different parts of the UK and different communities. The evidence is stark. It is beyond argument that by whatever measure you take – health, wealth, housing, employment, food, and so on – inequalities have worsened under the pandemic.

But Covid-19 has simply, if sharply, exacerbated trends that were already in train. Over the last ten years, wages in real terms have been falling, especially in the public sector, where workers have endured pay freezes or below-inflation wage increases year on year, to the point where their pay has now stagnated. In the private sector, low pay and poor, unstable working conditions are now built into companies’ business plans without fear or shame.

Our housing system is completely broken. The government’s preferred method of using the market to solve housing needs, either through private mortgages or through private landlords, has failed miserably. Buying a house is beyond the scope of most families on low to average incomes, and in the absence of good and affordable social housing, the private renting system has become a modern day evil – where renters are forced to pay as much as 60-70 per cent of their income on rent, when in a civilised world it should be more like 25%.

Simultaneously, away from the cities and the large towns, there are large swathes of the country that have been forgotten and which are suffering great hardship, with few jobs on offer and no resilience to weather the austerity.

The measures taken to tackle Covid-19 have disproportionately attacked low paid workers and condemned families to live in poor, overcrowded and expensive housing, while those ‘lucky’ enough to still have work have had no choice but to put their health on the line, while continuing to stack the supermarket shelves or finish building luxury apartments for the better off.

It’s a similar story across Europe and the US.

And all the while, governments around the world have used the pandemic to attack personal and individual rights, restricting movement, making mask-wearing mandatory and shutting down pubs, cafes, gyms and restaurants – extinguishing what little joy was left to us.

As we come out of our lockdowns blinking in the light of our empty and boarded up town centres, global civil unrest seems inevitable. Studies have shown that when inequality worsens, revolutionary fervour grows and states become unstable and unsafe. We can see the first rumblings, from anger in Poland, riots in the Netherlands, to protests in Denmark, Belgium and France and sporadic demonstrations in other countries.

How far will it go lies in the hands of governments. In past times of hardship, governments have used the welfare state as a prop to keep their populations from the edge of starvation and away from full-blown insurrection. But most are running out of road this time. They’ve hugely increased borrowing to keep a semblance of their economies going during the shutdowns, and have little room for maneuver.

After the banking crash of 2008, most governments slashed and burned their welfare states to bail out the bankers and now do not have that crutch.

Governments all over the globe are going to have to make tough choices. Are they going to genuinely confront the growing wealth inequality, which they know destabilizes democracies as the social contract is compromised and broken? Will they tackle the burgeoning billionaires, holding them globally to account? Will they confront the housing crisis and admit that an ever-overheating housing market can only ever lead to further rifts between those who own property and those who do not? And as millions find themselves unemployed, will governments have the balls to stand up for their people and refuse to allow them to be exploited further by the circling capitalist vultures?

Or will they tinker at the edges, giving 1% pay rises here and there, offering new incentives for those that have reasonably well-paid work to get involved in the broken housing market, and allow the vultures to land with the hope that they may not be vultures after all?

I fear the latter, combined with governments increasingly trying to use the power of the state to control an unequal and unstable society. But these law enforcement crackdowns will simply be touch papers to riots and further civil unrest. No society can thrive on such unequalness.

Thus far, and as always, the UK has been behind the curve to the rest of Europe in terms of Covid protests – but those of us who remember the 1980s know that, although the Brits do not readily come out into the streets, when they are pushed right to the edge of misery they will fight back.

There’s been increasing talk recently of reparations for the victims of slavery, a cause I have no quarrel with at all. I wonder, too, if the time has come for reparations for the working class more generally, to right the wrongs of generations of exploitation by the ruling classes?

Unless our rulers recognise and repair the wrongs of at least the last 40 years – wrongs that have been like cancers in our communities – they run the risk of full-scale rebellion. While the threat of Covid may be waning, a new threat will appear out of the desperation of working people and democracy itself will be the victim. If the political system doesn’t work for the greater good, but only for a small elite, then the masses will see no point in saving it.