The great British garden-gnome famine: Elf is on the way after Suez Canal snarl-up & Covid deprive UK of beloved ornaments 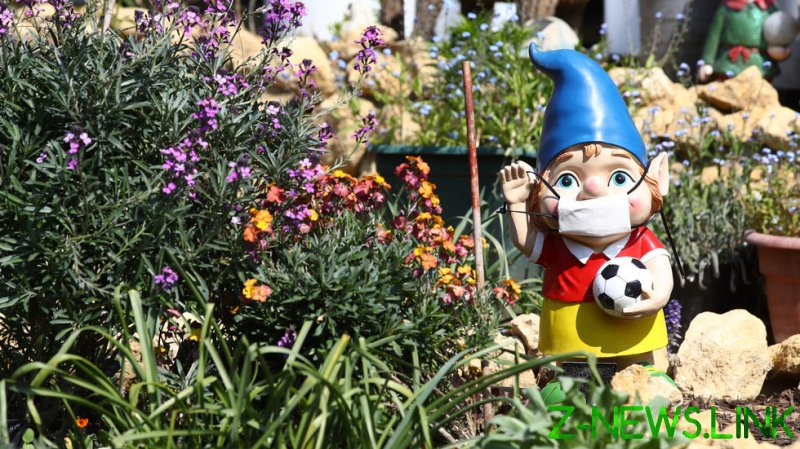 Garden centres were open during all the three lockdowns in the country, encouraging a real boom in sales of lawn gnomes and other outdoor furniture when Brits were forced to stick to their homes.

“We haven’t seen a gnome in six months now, unfortunately,” Ian Byrne, assistant manager of Highfield Garden World in Whitminster, told the BBC, stressing that the retailer had seen a “massive upswing” in sales of lawn ornaments.

Garden centres in Britain and all across Europe are reportedly booming, causing inevitable issues with supply that are becoming even more complicated because of the latest accident in the Suez Canal. In March, the centres were reportedly 97% busier compared to same period in 2019.

“Raw materials are becoming a bit of an issue and unfortunately gnomes are a victim of that shortage of supply. Gnomes of any type, plastic, stone or concrete, are in short supply,” Byrne said, adding that the figurines have gained huge popularity over the last couple of seasons.

Last month, the Suez Canal, one of the world’s crucial waterways, remained blocked for six days after the 400-meter container vessel ‘Ever Given’ got stuck there. The blockage of the trade artery, which accounts for about 15% of global shipping traffic, reportedly cost global trade $10 billion a week, putting supply chains, already hit by the Covid-19 pandemic, under immense pressure.

Logistics companies were forced to reroute some ships, thus increasing their losses.

“With goods arriving from abroad, garden centres were affected by the ship getting stuck in the canal as much as any other industry. Garden furniture, ornaments, of which gnomes would be some, being stuck in containers trying to come over here,” Garden Centre Association chief executive Iain Wylie told the media.