Home / INCREDIBLE / The grave of Santa Claus found in Turkey

The grave of Santa Claus found in Turkey 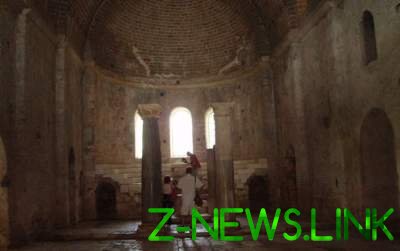 If archaeologists are right, it could mean that the history books and the history of religion will need to rewrite.

Turkish archaeologists said that they found the tomb of St. Nicholas of Myra, who became the prototype of Santa.

St. Nicholas was a fourth century Bishop of Myra in Lycia in what is now Turkey.

Next to the ruins of this city now is a small town of Demre, which in the ancient Church is the tomb of the Saint. At least this convinced local archaeologists. However, researchers are not yet able to get directly to the remains.

“The temple in the dungeon of the Church has reached our days in good condition. Think of the harm he was not done. But there hard to come by, as the entrance is laid mosaic. First, it is necessary to explore piece by piece, and then inspect the burial,” – said Cemil Karapirum, head of the Department of historical monuments in Antalya.

If archaeologists are right, it could mean that the history books and the history of religion will need to rewrite. Traditionally it was believed that the remains of St. Nicholas were transported to Bari in Italy by Italian merchants in 1087, about 700 years after his death.

According to this interpretation, the smugglers stole his bones to save them in the period when the city was under the threat of attack by the Seljuk Turks. But, according to the current hypothesis, these bones were not those of the Bishop. The Bishop took another priest, who was buried in the same Church. A new crypt was able to detect only now, with the help of the scanner and radar.

At the same time, many scientists disagree with the hypothesis of the Turkish researchers. They claim that “if relics are found, they should be dated and reviewed by international experts. Because the Turks, of course, are very interested in tourism development”.