Home / Video news / The GPU has published his own version of a special operation to NAB. Video

The GPU has published his own version of a special operation to NAB. Video 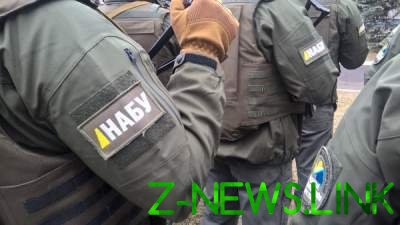 In the GPU told his version of events.

Deputy Chairman of the State migration service of Ukraine (GMSU) Pimanova Dina has repeatedly denied the detective NABS undercover in the adoption of illegal decisions for reward.

About it reports a press-service GPU.

November 29, was arrested agent NABOO when trying to bribe the employee GMS in the amount of 15 thousand dollars for knowingly making unlawful decision concerning production of documents for citizenship, legalization of documents foreign nationals to bypass the law.

Also searches were conducted at the safe house, in a secret office of the second division of NABOO and at the place of residence of the members of the “secret division” of the Bureau.

“During searches in one of private houses of Kiev, which served as a secret office of the second division of NABOO, and the private house of one of the agents in Kozyn illegally kept and was later withdrawn in a large number of documents stamped “secret” and “top secret”, “access restriction”, special technical means for removing information, passports of citizens of foreign States, as well as materials carried out covert investigative (search) actions, which were processed in the absence of the agent the admission to the state secret”, – stated in the message of the GPU.

It is noted that this indicates an actual disregard for the leadership of NABOO legislation in respect of protecting state secrets.

November 30, 2017 specified agent NABOO, which provoked bribing officials GMS, it is reported about suspicion in Commission of criminal offenses referred to in article 369, 370 of the criminal code.